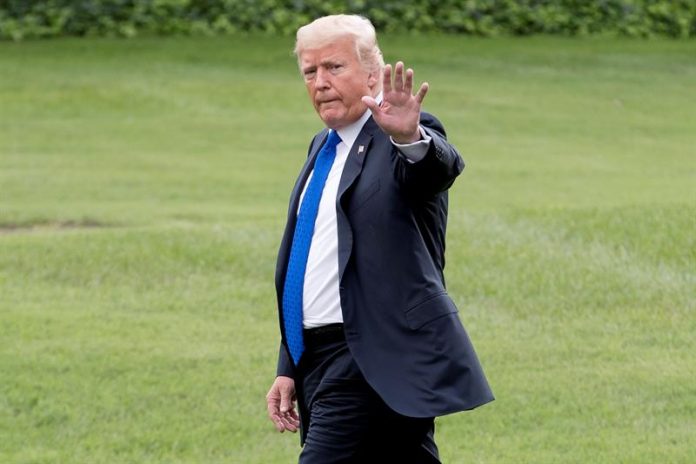 US President Donald Trump reiterated today that the US It will cut “all” the economic aid it grants annually to Guatemala, Honduras and El Salvador in retaliation for the arrival of caravans of immigrants to the United States.

The president already formulated a similar threat in October, when he said he would “substantially” cut aid to the Northern Triangle of Central America, but then did not take any action on it.

Some of these funds were channeled through the United States Agency for Development (USAID), and they must join a Pentagon to finance the fight against narcotics, which in fiscal year 2017 amounted to 42 million dollars throughout Central America .

Congress has not yet approved the funds that the White House requested for fiscal year 2019, which began in October, but the proposal includes the delivery of 69 million dollars for Guatemala, 66 million for Honduras and 46 million for El Salvador.

Trump has substantially cut aid to Central America since it came to power in January 2017, and the funds it requested for this fiscal year represent a 29% reduction from the previous period, which ended in September, according to a service report. of research of the Congress.

The president has the power to propose less funds for Central America in his next budget proposal, but the decision ultimately belongs to Congress.
In addition, in no case can Trump stop the disbursement of aid authorized by Congress for the region, according to the independent Washington Office for Latin America (WOLA).

Immigration to the US from the countries of the Northern Triangle of Central America has increased in recent years.
Since last October, at least 9,000 Central Americans, mainly from Guatemala, El Salvador and Honduras, entered Mexico in several caravans to go to the US border to seek asylum, and thousands of them are still waiting in the border city of Tijuana. . (EFEUSA) .-