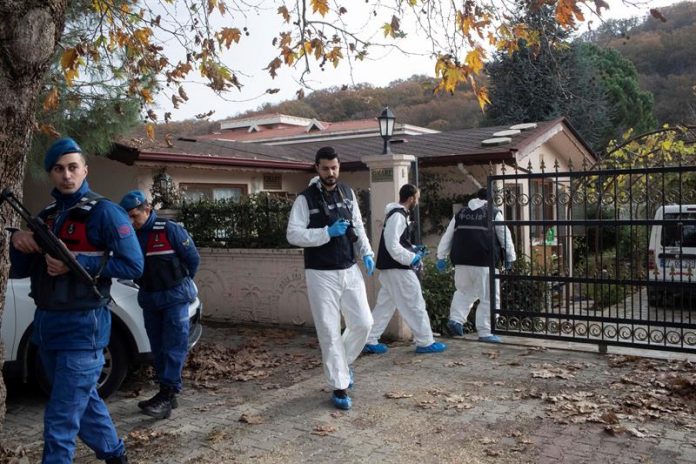 In 2018, 63 media professionals were killed in the world, 8% more than in the previous year, an increase that ends with five years of declines, according to the annual report published today by Reporters Without Borders (RSF), who denounced a degradation of press freedom.

With that figure, the highest in three years, there are 702 professional journalists killed in ten years, with a peak of 87 in 2012, when it started a decline that had its lowest point last year, with 55.

If you add non-professional reporters, very present in countries where information is more limited, and collaborators, essential for journalistic work, the number of murders rose in 2018 to 80, 8% more than in 2017, the level lowest of the decade in that statistical macabre.

The annual report, published by the NGO since 1995, adds that 348 journalists are in prison for activities related to their trade, 7% more, and that 60 others are kidnapped, 11% more interannual.

Deloire denounced that the hatred launched against reporters by different political leaders or businessmen “has resulted in a disturbing increase” in the attacks, a phenomenon that is amplified in social networks.

The organization indicated that, although the main scenes of the murders were Afghanistan (15 dead) and Syria (11), 45% of them fell in countries that are not in conflict, with special attention to Mexico, where 9 lost their lives.

The “predators of press freedom are numerous” in Mexico, especially against journalists who cover issues related to political corruption and organized crime, the target of intimidation and aggression, if not assassinations, the report points out.

“Impunity, linked to the widespread corruption that reigns in the country, reaches a record level and fuels the vicious circle of violence,” adds RSF, which denounces that the protection measures for journalists are “insufficient and ineffective.”

In this list the United States stands out with 6 murdered journalists, linked to the bloody shooting against the writing of the “Capitol Gazette” in June, the biggest attack on a medium in the history of the country, committed by a man who for six years harassed the workers of it through Twitter.

RSF indicated that the murder of the Czech Jan Kuciak and the Saudi Jamal Khashoggi “have demonstrated the determination, without limits, of the enemies of the freedom of the press”, and recalled that 49 of the murdered in the world were in the target of their assassins , while the other 31 died in the exercise of their functions.

Prisons increased the number of reporters imprisoned by their profession by 7%, to 348, because the number of “non-professionals” behind bars increased by 40%.
RSF indicated that the most repressive regimes have “muzzled the traditional press for years”, so now they focus more on persecuting “cyber reporters” and other forms of information.

Among the countries where this phenomenon has been observed are China, Saudi Arabia, Egypt or Iran.

China is the main prison for journalists, with 60 incarcerated, ten of them in danger of death, according to RSF; followed by Egypt with 38, Turkey with 33 and Saudi Arabia and Iran with 28 each.

The last chapter of the report is occupied by journalists who are hostages, 60, another rising indicator of 11%.
Despite the fall of the jihadist group Islamic State (IS), it remains the main responsible for the kidnappings, 21, distributed between Iraq and Syria, which has more kidnappings, 31, compared to 17 Yemen and 11 Iraq.

Only one hostage is outside the Middle East, in the hands of the self-proclaimed Donetsk autonomous government in eastern Ukraine.