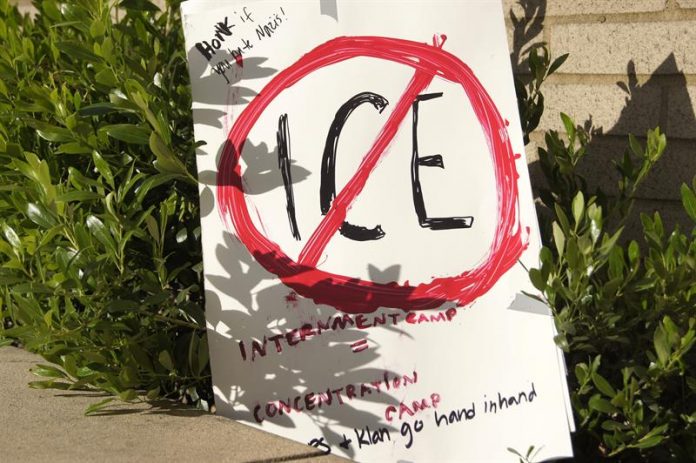 Several groups of activists filed a lawsuit today in Washington federal court to stop the “unconstitutional” deportations of the Immigration and Customs Enforcement agency (ICE) against undocumented immigrants.

The lawsuit, filed jointly by the Resistance Movement of the Northwest Detention Center (NWDC), the Coalition of Anti-Racist Targets and the Detainee Observer Network, also provides a list of activists facing deportation and others who were arrested after leaving. press conferences.

“The idea of ​​the lawsuit began as a result of knowing that ICE was monitoring our work, and I received a letter on December 22, 2017, announcing that I was being deported,” Maru Mora Villalpando, executive director of Defensoría, told Efe. Latina and member of the NWDC Resistance Movement.

“Having to focus on my case to stop my deportation impacts the work we do, which is covered by the First Amendment,” added the activist.
Mora said her group received 300 pages prepared by ICE agents about their work for immigrant rights.

“ICE knows about me since 2014, but we feel that since (President, Donald) Trump came into power, there is an attempt to stop our work and get us out of the way,” he said.

In January, the immigrant, of Mexican origin and with more than 25 years living in the United States, received a notification from the Office of Immigration and Customs Control (ICE) in which she is required to appear before an immigration judge. to clarify your status in the country.

From that moment, Mora Villalpando denounced that the agency wanted to deport her for her strong activism in defense of the undocumented.

Silky Shah, executive director of the Detained Observer Network, said that “there is a degradation of democratic values ​​under Trump’s anti-immigrant administration.”

Meanwhile Peter Strand of the Anti-Racist White Coalition remarked that “the attack on Maru is aimed at weakening the movement against detention and deportations by harassing other activists.”