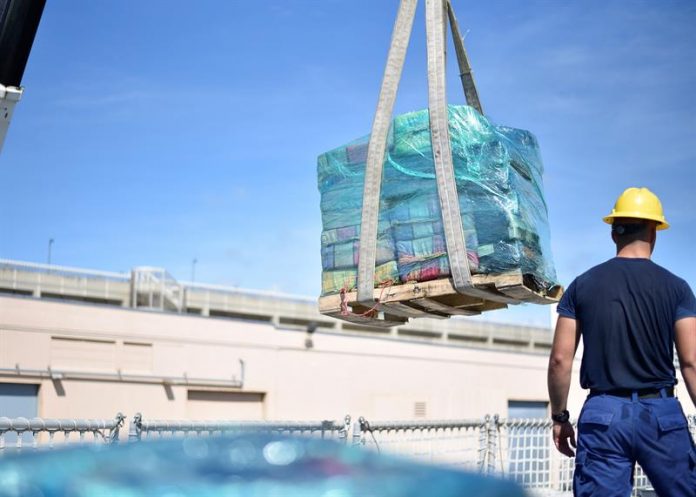 The US Coast Guard unloaded a shipment of more than 6 tons of cocaine, valued at 170 million dollars, that was intercepted in several operations carried out in Pacific waters, in the Everglades Port (South Florida).

The cargo presented is the result of six seizures made in Pacific waters between July and August by three patrols of the US Coast Guard, the institution said in a statement.

Only the coastguard of the “Tahoma” vessel seized in three operations a total of 3,962 kilos of cocaine, while the “Tampa” intercepted a total of 1,855 kilos of drugs in two other operations against drug trafficking.

“The countless hours and long days that our agents spend to stop smuggling by sea are the embodiment of devotion to duty,” said Michael Sarnowski, commanding officer of “Tahoma.”

Sarnowski described as “fundamental” the work developed by the coastguards and other official agencies to “ensure that these illegal drugs do not reach the streets of the United States.”

The Coast Guard “has increased its presence in the eastern Pacific and the Caribbean basin,” as part of its strategy to combat drug trafficking in the hemisphere, “he said.