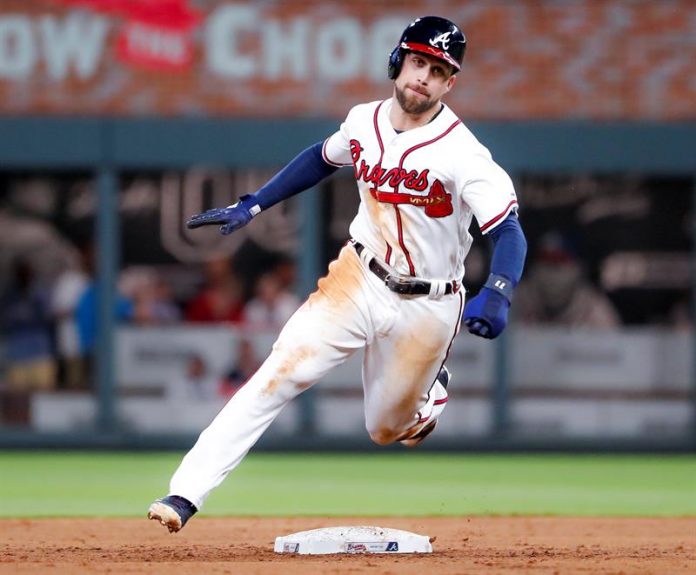 Venezuelan rookie Ronald Acuña Jr., his compatriot Ender Inciarte and Panamanian Johan Camargo became the dangerous trio for the ninth opponent by connecting two homers that made them the most prominent Latin American baseball players in Major League Baseball.

Acuña Jr. hit the first of four home runs by the Atlanta Braves, who outscored the Arizona Diamondbacks 5-9.

The rookie sensation of the season in the Major Leagues reached the 25 home runs after he sent the ball into the street in the sixth inning, without runners on the trails, to overcome the rounds of relay Robbie Ray, with one out on the board.

Acuña Jr. added another episode to his offensive explosion of the second half of the season and became just the seventh baseball player in Major League history to hit 25 homers in a season before turning 21.

The only other players to hit 25 homers in a season before turning 21 are Eddie Mathews, Puerto Rican Orlando Cepeda, Al Kaline, Frank Robinson, Mel Ott and Tony Conigliaro.

Further strengthening his credentials for the National League Rookie of the Year award, Acuna now has 18 homers since the All-Star Game, the best mark in the Majors.

They are followed by Christian Yelich of the Brewers and Rhys Hoskins of the Phillies, both with 17 homers.

Ray kept the Braves unstoppable until starter Touki Toussaint gave the first unstoppable of his career with one out in the sixth. Acuña Jr. continued his two-goal homer, his fourteenth homer in 127 at-bats since Aug. 8.

Inciarte (10) also hit full back in the ninth, with two teammates ahead when he found relief pitching Brad Boxberger.

In that same episode the Panamanian third baseman Camargo (18) sent the ball to the other side of the wall, alone, by punishing the work of Cuban relay Yoan Lopez, with a running back in circulation.

Hernandez (20) threw it in the eighth, with two runners on the road over relay work Jon Edwards.

For the Indians the Puerto Rican shortstop Francisco Lindor (34) threw the ball out of the park in the third, without runners on the trails.

Third baseman Carlos Santana homered for the Philadelphia Phillies, who lost 4-6 to the New York Mets.

Santana (23) threw the ball in the ninth, alone, to find the shipments of closer Seth Lugo, without teammates on the road.

Hernandez (20) took it out in the second by overcoming the work of starter Tyler Anderson, lonely, with no outs in the episode.

Venezuelans Marwin Gonzalez and Jose Altuve each won home runs for the Houston Astros, who lost 6-5 against the Boston Red Sox.

Gonzalez (15) landed in the second, with no runners ahead when answering pitcher Rick Porcello’s pitches.

Altuve (11) flew the fence in the sixth inning, without runners ahead also against Porcello.

Dominican Ranger Carlos Gomez homered in the victory of the Tampa Bay Rays, who beat the Baltimore Orioles 8-3 in a duel of losing teams in the American League that are already eliminated from the finals.

Gómez (9) disappeared the ball of the field in the sixth when discovering the serpentine of the relay Jimmy Yacabonis, solitary, without outs in the episode.

SANTO DOMINGO.- Scholastic Jonathan Schoop hit a grand slam after Ryan Braun received a pitch in a tense sixth and the Milwaukee Brewers defeated the San Francisco Giants 6-3 on Sunday to complete the sweep of the series.

With the result, the Brewers maintained a 2.5-game lead over the St. Louis Cardinals in the fight for the first National League wild card.

Venezuelan Willians Astudillo hit a two-run homer with two outs in the bottom of the ninth inning to give the Minnesota Twins a 3-1 victory over the Kansas City Royals.

On the mound, the victory was won by Venezuelan reliever Yonny Chirinos (4-5) in six innings and a third, he accepted seven hits, three touchdowns and retired three batters.

Chirinos faced 25 sluggers with 94 submissions, 59 of which placed them in the strike zone and left at 3.81 their ERA.