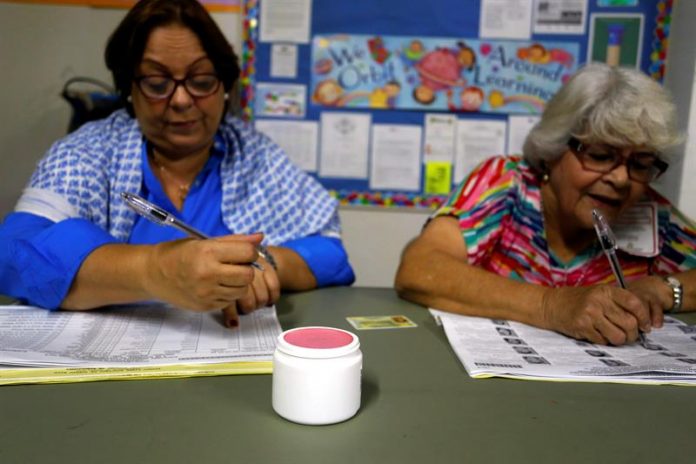 A federal judge today ordered the Government of Florida to provide material and electoral information in Spanish in 32 counties with a Puerto Rican population to guarantee their right to vote in the legislative elections on November 6.

Judge Mark Walker ruled in favor of several civil and Latino organizations that sued Florida’s Secretary of State, Kenneth Detzner, for failing to hand out ballots and electoral aid in Spanish to the growing Puerto Rican population, which has already surpassed one million in the state.

Although for time it will be impossible to supply these ballots in Spanish, the judge urged Secretary Detzner to provide ballot papers in that language in the electoral districts of the 32 counties and comply with the Voting Rights Act.

“It is remarkable that a coalition of organizations and individuals with voting rights is needed to sue in federal court to seek minimal compliance with the simple language of a venerable 53-year-old law,” Judge Walker lamented.

The decision “reaffirms the fundamental right of Spanish-speaking Puerto Ricans, like all Americans, to cast a meaningful and effective vote in a language they understand,” said Matthew Murray, one of the plaintiffs’ attorneys.

LatinoJustice PRLDEF, one of the organizations that represented the plaintiffs, said the judge “recognizes the growing presence of Puerto Rican voters and their right to participate fully in elections that will impact their future.”

The lack of knowledge of the English language appears first in the list of the difficulties faced by Puerto Ricans in Florida, evidenced last June by a study by the International University of Florida (FIU) and the Puerto Rican Alliance of Florida.

Many of them arrived in Florida after the whiplash of Hurricane Maria in 2017, and relocated to the center of the state, a region with a large presence of Puerto Ricans, who fled the island’s fiscal crisis in recent years.

In the November legislative elections in the country, Florida has at stake the position of Democratic Senator Bill Nelson, who seeks re-election, and the 27 seats of the federal House of Representatives, and also elect the successor of Governor Rick Scott.