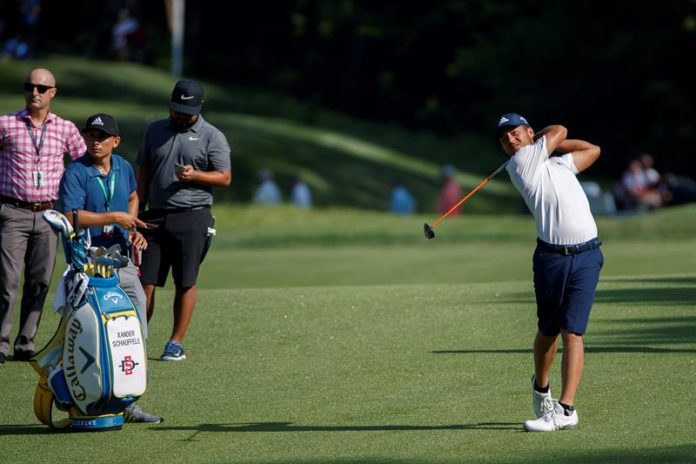 The American Xander Schauffele, with a second round with 64 strokes (6 under par), which gives him a total of 127 (-13), has been placed as leader of the BMW Championship, third tournament of the FedEx Cup Playoffs of the PGA, which is held at the Aronimink in Newton Square (Pennsylvania, USA).

Schauffele, who had started the second round with a stroke of disadvantage with the then co-leaders, his compatriot Tiger Woods and the Englishman Rory McIlroy, who had impressed the first day with cards of 62 impacts, has been placed with a one stroke advantage over British Justin Rose, third in the world ranking.

The Spanish Jon Rahm, who on the first day signed 66 strokes, went to 69, occupying the thirty-first position, eight hits from the head. Rafa Cabrera Bello, on the other hand, had to settle for a second card with 68, for a total of 138.

At the end of this tournament, the captain of the United States team for the Ryder Cup, Jim Furyk, plans to announce the twelfth, and last, American member who will fight against Europe for the precious trophy.