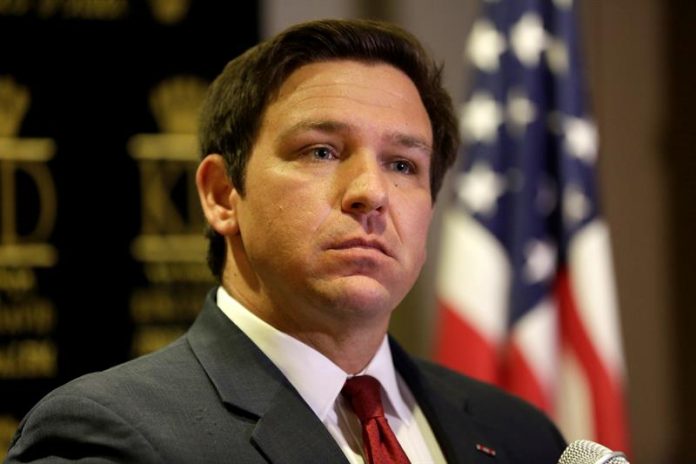 The Republican candidate for governor of Florida, Ron DeSantis, announced today that he has chosen as a companion of ballot for vice governor the Cuban-American congresswoman Jeanette Núñez, a legislator who has shown herself as a “strong and principled leader”.

DeSantis, who received the endorsement of President Donald Trump in the Republican governor primary in which he won, said in a statement that Núñez “has a proven track record of leadership and legislative achievements” in both Miami-Dade County and the state. .

The current interim president of the Florida House of Representatives, born and raised in Miami, will help, DeSantis said, to “build the success of our economy, protect the environment and empower parents to make the best educational decisions for their children.” .

Núñez, a graduate in International Relations and Political Science from the International University of Miami (FIU), was elected to the state Congress in 2010 and re-elected in 2012, 2014 and 2016.

Previously, the Hispanic legislator served as assistant professor at FIU and was a board member of the Greater Miami Chamber of Commerce.
Núñez, named in 2016 pro tempore spokesperson for the Florida House of Representatives, also holds a master’s degree in Public Administration from the FIU.

Between 2007 and 2015, Núñez joined the board of Kristi House, a charity organization focused on the protection of children who are victims of sexual abuse.

“I am honored to have the opportunity to serve the people of Florida with Congressman DeSantis, and together I know we can build an economy that works for all, protect our natural resources and provide all children with an excellent education,” said Núñez.

DeSantis achieved a comfortable victory in the governor’s race in January and has been a regular face on the conservative Fox television network.

DeSantis will be measured in the midterm elections, on November 6, with the Democrat and Mayor of Tallahassee (capital of Florida), Andrew Gillum, who was supported in the primaries by the senator and former White House ex-plaintiff Bernie Sanders.

Gillum, the first African-American candidate for governor in the history of Florida, also announced today, on the other hand, the election of his companion ballot to vice-governor: the businesswoman Chris King, founder of the company Elevation Financial Group.