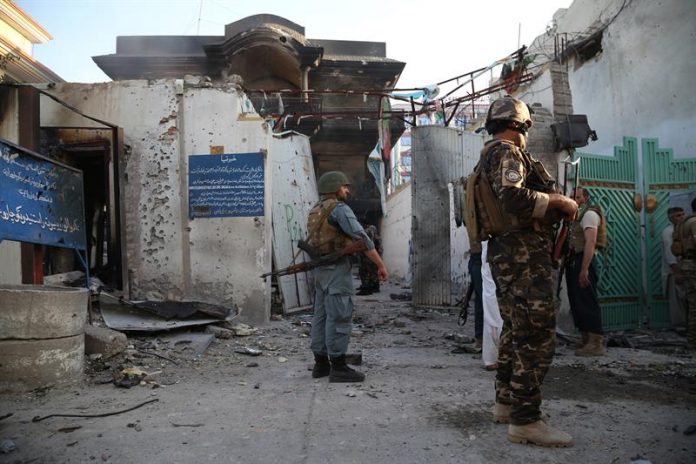 While the nationalities of the deceased remain unresolved until the bodies have left Afghanistan, the same military sources did identify that an American member of that mission, and two soldiers of the Afghan National Army, were also injured in the explosion.

“My thoughts and prayers, along with those of the 41 nations that support ‘Determined Support’, are with the families and friends of our fallen and wounded service members, and our wounded Afghan brothers and their families,” said Army General American John Nicholson, commander of the mission and of the US Forces in Afghanistan.

“His sacrifice will endure both in our hearts and in our history, and will further strengthen our resolve,” added Nicholson.

According to the latest figures released by the Pentagon, the United States maintains around 14,000 soldiers in Afghanistan.

Most of these soldiers are integrated into NATO’s “Resolute Support” mission, which also has the support of the US troops that independently run the ‘Operation Sentinel of Freedom’ (Operation Freedom’s Sentinel).

In this race, which began in late 2001, they have lost their lives around 2,400 Americans.