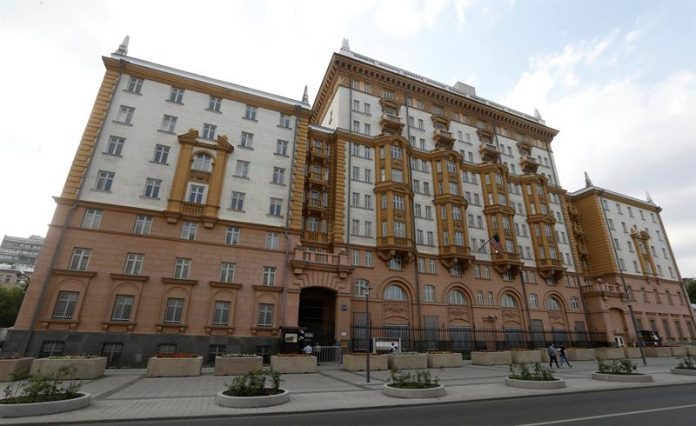 Counterintelligence services have discovered that a Russian spy was working for more than a decade at the country’s embassy in Moscow until she was fired last year, senior officials told CNN television.

The news was published on Thursday exclusively by the British newspaper The Guardian, and the State Department has preferred not to make specific comments on the matter.

According to US media, the woman was hired by the Secret Service, in charge of, among others, the protection of the White House and the country’s diplomats, and she had access to the intranet of this agency and her mail for years. allowed to examine confidential material, including the schedules of the president and vice president.

After some time, the authorities discovered that the Russian woman was having unauthorized meetings with the FSB (acronym of the Russian Intelligence Service, former KGB).

According to The Guardian, the regional security office of the State Department warned of the suspicious activities of the alleged spy in January 2017, but the Secret Service did not immediately initiate an investigation and waited for the summer to dismiss her.

Asked by Efe, a spokeswoman for the State Department argued that authorities take “the appropriate actions at the right time” when it is detected that an individual, as is the case, has been able to commit a violation.

In addition, the spokeswoman said that the Executive is aware that its employees, precisely because they work for the United States, can be “targeted by foreign intelligence services.”

These revelations come at a key moment for the investigation of Special Prosecutor Robert Mueller on the scope of the alleged Russian interference in the 2016 elections and if there was some kind of coordination between the Kremlin and members of the campaign of the now president, Donald Trump. .

This week began the trial against his former campaign manager, Paul Manafort.