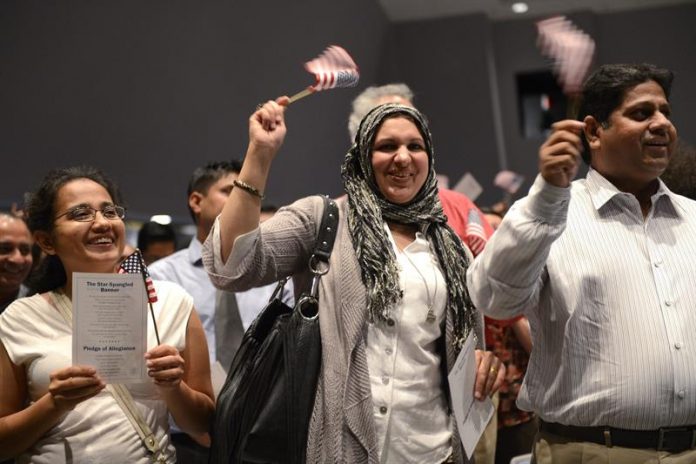 USA Nationalized 341,414 people during the first semester of fiscal year 2018, a figure that puts it on the path to surpassing the numbers of the last five years, reported today to Efe the Citizenship and Immigration Service (USCIS).

The figure is 22% higher than that of the first semester of fiscal year 2017 (279,949), coinciding with the transition between the Government of Barack Obama and that of Donald Trump.

The USCIS also reported that at the end of the first semester of 2018 there are 747,383 pending cases, an accumulated that shot up during the last years of Obama in the White House, according to USCIS data.

In fact, the Trump government is responsible for approximately 15% of that accumulated, since he inherited 636,164 pending cases, defended the USCIS.

Yesterday, fifty-one Democratic mayors asked the USCIS to reduce the backlog of pending petitions and accused the agency of creating a “second wall” through excessive bureaucracy.