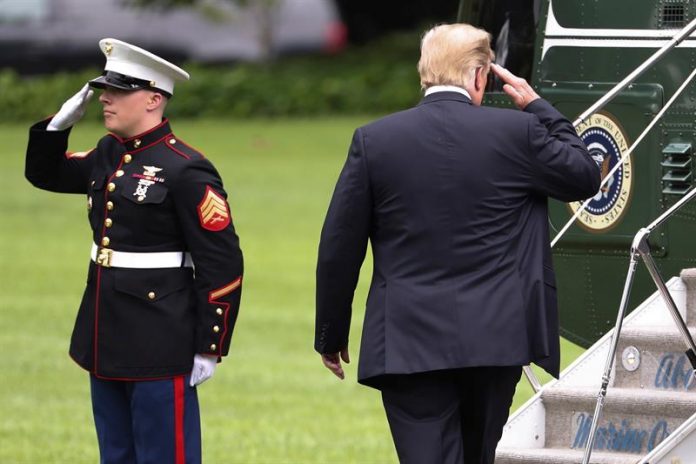 President Donald Trump will visit the Florida city of Tampa today, where he will sign a law on technical education to train young people for the jobs of the future and will attend a meeting of one of the candidates for the governorship of this traditionally decisive state in elections .

The president, who will be accompanied by his daughter Ivanka, as announced by herself on social networks, will arrive after 5 pm (Eastern Time) and will directly go to the Technical Institute of Tampa Bay, on the west coast of Florida.

There he will participate in a round table on education and sign the so-called Perkins Law, which was approved in 2006 and reactivated last week by Congress, and aims to “provide students and workers with the necessary training to succeed in a century economy XXI “, in the words of Trump himself.

Students of the Tampa Bay Technical Institute grouped in the movement “Let’s move together” have announced that they will hold a protest on Tuesday before the president’s visit.

Under the Perkins Act, which will help cover the deficit of skilled workers in different sectors, at least $ 1 billion will be allocated so that students can receive training directly in the workplace.

In a statement issued last week when Congress gave the green light to the law with the votes of Republicans and Democrats, Trump said that in the twelve years since 2006 “the economy has evolved significantly and has become increasingly dependent on disciplines like science, technology, engineering and mathematics and skilled work. ”

Former Florida Governor Jeb Bush, who competed with Trump for the Republican nomination in 2016 and chairs the Foundation for Excellence in Education, today congratulated Congress and the president on reactivating the Perkins Act.

Bush highlighted in a statement the opportunities offered by technology, but also the profound changes it produces in the labor market.

He opined that the future success of the US it depends on “each student, in the cities, suburbs or rural communities”, preparing to have “highly paid jobs and an important place in a rapidly changing economy”.

The other item on the agenda of Trump’s visit to Tampa, the first since he was elected is 2016, is a rally of Florida Gov. Ron DeSantis at the Florida State Fair.

According to a survey published today by the Mason-Dixon company, in Florida more people have an unfavorable opinion of Trump (46%) than those who have the opposite opinion (43%).

However, DeSantis, one of 26 candidates to run for governor, which will be decided in a primary on August 28, is rising in the polls after the support of Trump.

The congressman for Florida is the favorite to win the primary for the Republican Party, with 41%, according to a poll on intentions to vote of Mason-Dixon, in which Agriculture Commissioner Adam Putnam appears in second place with 29% .

In a campaign television ad that premiered today DeSantis’ wife, Casey, says her husband is not just Trump, who “is much more”, while showing him building with one of his children a wall of gift boxes.

Then show the other child, a baby, in a red dress with the reading “Make America Great Again” or teaching him to read “you’re fired”, in reference to the phrase coined by Trump in a television program.