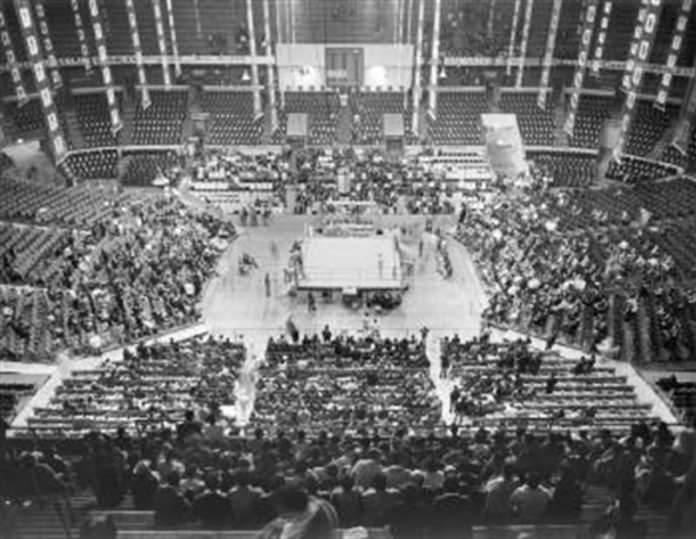 The boxers that win gold this Wednesday in Barranquilla in the Central American and Caribbean Games will join their names to those of illustrious predecessors who have already triumphed in those jousts, among which the Cuban Rolando Garbey, who celebrates this year the 50th anniversary of his silver medal in the Olympic Games of Mexico’68.

Garbey (Santiago de Cuba, 1947) was champion in the Games of Panama in 1970, after winning his three bouts by KO, and in Santo Domingo in 1974, always in the category of 71 kilos. In front and behind his successes in Central America and the Caribbean he achieved his two Olympic metals, the silver of Mexico’68 and the bronze of Montreal’76.

Of the 73 Olympic medals won by Cuba in boxing, the sport that has brought more triumphs to the island, the first two came on the same day, on October 26, 1968, by Enrique Regüeiferos, silver in 64 kg, and Rolando Garbey, runner-up a few minutes later in the 71.

The fight between Garbey and the Soviet Boris Lagutin is one of the most memorable games of the Games in Mexico, even half a century later. First, by the gale of blows that fell to Garbey. Second, because the public threw coins and newspapers in flames into the ring, in protest at the passive attitude of the Korean referee, unable to stop the beating.

Lagutin, one of the best fighters of the Soviet era, was already 30 years old and had two other Olympic medals: bronze in Rome in 1960 and gold in Tokyo in 1964. Garbey, aged 20, was a Pan-American champion but his experience was not comparable to that of your rival.

Having as a coach another Soviet, Adrei Chervonenko, served to brilliantly reach the final, but not to win it.

He debuted Garbey against Irishman Frank McCusker, whom he won after the referee stopped the bout. Then he beat Dieter Dahn of Democratic Germany 3-2. Already in the quarterfinals he was the first Cuban to secure an Olympic medal in boxing by beating the British Erwin Blake by KO in the first round.

His victim in the semifinals was American John Baldwin, whom he defeated 4-1.

In the final, the defending champion passed like a steamroller (5-0) in the Arena of Mexico over the right-handed Santiago and added his third Olympic medal, the second consecutive gold.

Then, in 1972, he returned to being an Olympian but did not go beyond the quarterfinals. A new regional champion in 1974, that same year the first amateur boxing World Cup was held in Havana, which Garbey also won.

He repeated as a Pan-American champion in 1975 and closed his record of success in 1976 with the Olympic bronze medal in Montreal. He retired and devoted himself to teaching at the Cuban Boxing School, where he continues to share experiences with the youngest.

Enrique Regüeiferos died in 2002, Rolando Garbey is the only living protagonist of those first Olympic medals of Cuban boxing in Mexico’68.

In this 2018 appeared in the film ‘The People’s Fighter’ (‘The fighter of the people’), that the Olympic Channel of the COI dedicated to the figure of Teófilo Stevenson. In the opening scene, Rolando Garbey shares a domino game in Havana with champions Jorge Hernández (Montreal’76), Armando Martínez (Moscow’80) and José Gómez (Moscow’80) while they talk about the three-time Olympic gold ( 1972, 1976 and 1980) of the superheavy.

“Within his greatness, a very simple, very kind man” are the words that Garbey dedicates in the recording to Stevenson.