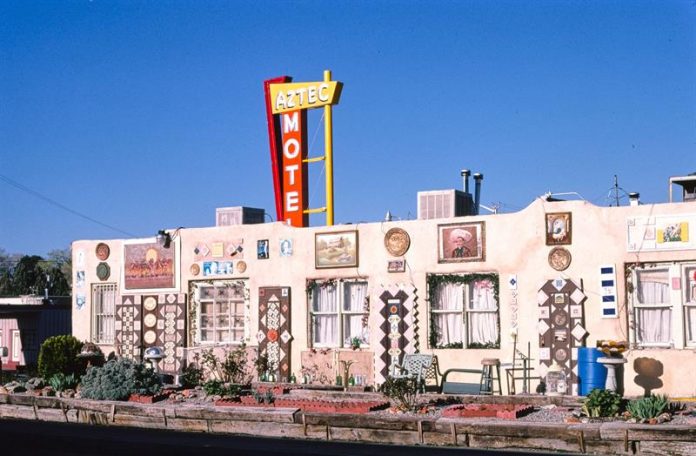 The iconic Route 66, the US “mother highway” that travels the 2,448 miles (3,939 kilometers) that separate Chicago from the Californian coast, is in danger according to the Fund for Historic Preservations (NTSP), which today launched a campaign to achieve its designation as National Historic Trail.

To call attention to the state of this road, considered by the NTSP as one of the eleven most threatened historical places in the country, members of this organization began today a month-long trip in which they will share the stories of a road that keeps a special place in the imaginary and culture of the country.

In case of achieving its objective, the Government and other entities would give more support to restore places and communities along this land route from its beginning between the skyscrapers of downtown Chicago (Illinois) to reach Santa Monica (California), after passing through Missouri, Texas, New Mexico and Arizona.

Amy Webb, field director of the National Fund for Historic Preservation, the organization that seeks to preserve this road, tells Efe that Route 66 has many places that have already been restored, but that there are many others that would benefit from the designation of ” historical via terrestrial “.

“Route 66 has had beautiful places that have been restored in recent years and this includes sites that have now been successful, but are still missing more as gas stations, restaurants, called ‘dinners’, and hotels of yesteryear, from the 1950s “, Explain.

And this road that connected millions of motorists from the Midwest to the Pacific coast since 1926 is also extremely popular with foreign tourists who seek on this highway the true essence of the United States.

Vital corridor until 1985, Route 66 suffered the effects of the superhighway project that the Administration of President Dwight Eisenhower began in the 1950s and that led many drivers to take new roads parallel to the famous route.

But it boasts another character, more rural and closer to the lives of millions of Americans, and the good of “traveling slower”, finding different places and “enjoying their scenarios,” says Webb.

Not in vain, Route 66 is in itself a cultural icon.

Thus, it stands out in songs like “Get Your Kicks on Route 66”, performed by Chuck Berry or The Rolling Stones, among others, films like “Easy Rider” (1969) or a television series in which Martin Milner and George Maharis They were involved in all kinds of adventures while traveling by car along this route.

The series was produced between 1960 and 1964 and helped consecrate this highway as a faithful reflection of the reality of the country in the minds of American motorists, as well as the book “On The Road” by Jack Kerouac.

“Driving Route 66 was the quintessential American road trip,” Webb said. “It is the most iconic, culturally celebrated and internationally recognized highway in the United States.”

For this reason, for a month they will promote the authentic experience of getting carried away by this road and, by the way, help to “preserve this beloved icon” and “revive the local economies of some 300 rural communities”, which have suffered since their transit languished and in 1985 it lost its designation as Route 66.

One of the towns that it crosses is the city of Pontiac, of 11,931 inhabitants, where the Association Route 66 of Illinois operates a museum on its legendary attractiveness.

“We are very excited because the designation, when it happens, will bring many improvements to this famous road,” Ellie Alexander told Efe on a bill already approved by the House of Representatives, but still needs the approval of the Senate and the signature. of President Donald Trump.

The Director of Tourism of Pontiac said she hopes that the designation as a National Historic Trail will bring improvements, but above all, she trusts the arrival of more tourists.