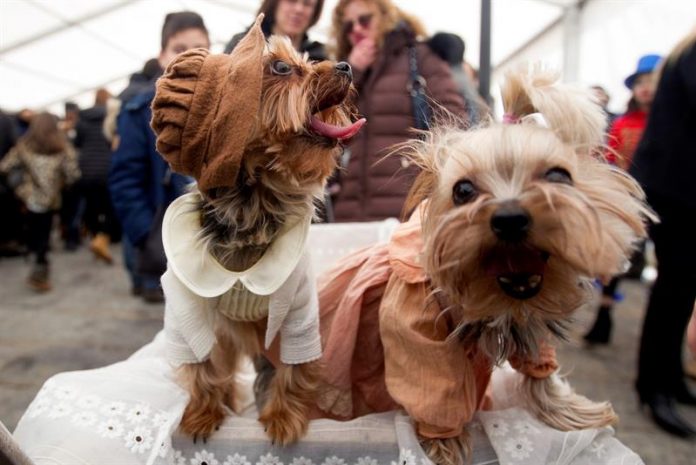 The diseases and parasitic infections transmitted to humans by their pets – a condition known as zoonoses – increase during the spring and summer due to weather conditions and poor hygiene, Dr. Ylenia Márquez told Efe.

“This temperature (warm and humid), for humans and animals favors more the presence of bacteria and parasites in the environment,” said the academic of the Faculty of Veterinary Medicine and Zootechnics of the National Autonomous University of Mexico (UNAM).

Márquez explained that the gastrointestinal parasites of animals leave eggs or larvae in their excrement, and under climatic conditions of heat and humidity “the permanence of these eggs is favored and they do not lose viability”.

The most frequent infections that can be contracted through pets are caused by bacteria and parasites, internal and external, having contact with contaminated feces or urine of the dog or cat.

The most common types of internal parasites are intestinal, such as worms, which result in considerable risks to animal and human health and can cause from diarrhea to malnutrition.

The contact with the excrement of the animals is the most common way of entry of parasites.

However, there are infections that are transmitted through vectors (animals that transmit diseases from one living being to another) such as fleas or ticks.

Infections through fleas – external parasites – also increase during this season, as their eggs exposed to the environment “will evolve into small fleas and they will re-infect another animal or human,” said Márquez.

The specialist noted that there are worldwide studies that indicate that global climate change favors certain types of infections, for example, those caused by Leptospira, a bacterium that is transmitted by contact with urine from infected animals.

The disease of leptospirosis, common in hot and humid climate, causes symptoms in humans such as fever, headache, muscle pain, diarrhea, nausea and vomiting, and can even cause affection of some organs.

Márquez stressed the importance of taking hygiene measures such as washing hands after having contact with animals at home and on the street, or with their feces or urine, and avoiding the ingestion of food exposed to contamination of bacteria in the environment.

“I could say that most of these diseases can be avoided by having basic hygiene measures,” he said.

For example, taking the dog for a walk and collecting the excrement, depositing it in the trash or burying it in the ground, reduces the exposure of the parasitic cycles and the contamination of the environment, he said.

This is also due to the fact that the excrement that has been pulverized by the heat “travels with the wind like suspended particles that are absolutely contaminating everything”, said Márquez.

The academic indicated that although zoonoses can affect any human, babies are more susceptible, patients with deficiency in their immune system, patients with chemotherapy or with chronic diseases such as diabetes or cancer, elderly people and pregnant women.

He also exhorted to take responsibility for having a companion animal, to seek hygiene and health measures towards them, such as the close supervision of a veterinarian, and to have adequate control of vaccination.

“Maintaining this concept of health and prevention helps everyone, not only the family but also the community and the animal,” concluded the doctor.