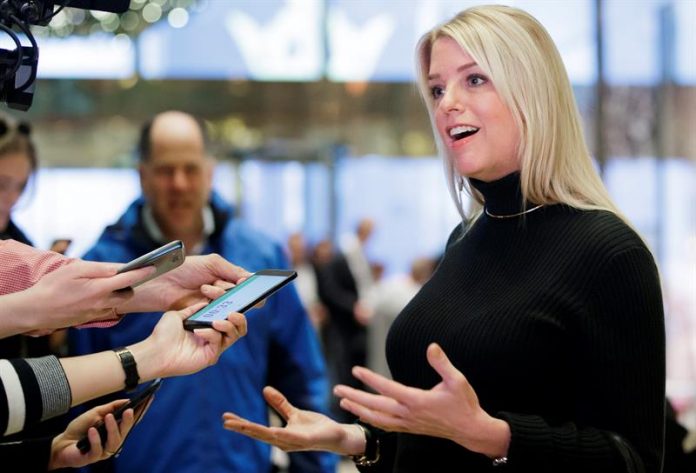 A group of people this weekend rebuked the Florida attorney general, Pam Bondi, when he went to the cinema as another sign of rejection of officials or supporters of the Donald Trump government for its policy of separating undocumented parents and children when they are imprisoned in the southern border.

In a video it is observed when the prosecutor is escorted by the police to leave the premises with her boyfriend and women are heard reproaching him for the migratory and health policies of the president.

“What a shame,” “you are a horrible person!” Several people shouted as Bondi, known for her support for the Trump Government, questioned the federal policy of “zero tolerance” with the undocumented, which still keeps 2,053 children separated. of their families since they entered the border with Mexico.

Bondi, who went to see the documentary about “Mister Rogers,” a famous television program and character that promoted tolerance, told Fox News today that three men shouted and insulted him when he bought the tickets.

She related that she answered to the demonstrators that the Congress was the one that had to act and that she did not agree with separating the children from her parents and that in a moment she does not know if she was spit on purpose or it was accidental that she got saliva for the strong confrontation.

“Will Mr. Rogers take his children away from his parents?” The women asked him as they left the theater, according to the video.

Both the White House spokeswoman, Sarah Huckabee Sanders, and the Secretary of Homeland Security, Kirstjen Nielsen, have faced similar situations in recent days.

Last Friday a restaurant refused to serve dinner to Sanders, who was invited to leave the premises.

After days before, several people entered the Mexican restaurant where Nielsen ate to shout slogans such as “what a shame!” and “it ends family separation!”

Meanwhile, California congresswoman Maxine Waters supported this kind of spontaneous protests and urged the public on Saturday to “absolutely harass” the officials of President Trump’s Cabinet in the streets.

“The American people have put up with this president enough What else do we need to see? What more lies do we have to listen to?” Said the Democratic congresswoman at a rally in Los Angeles.