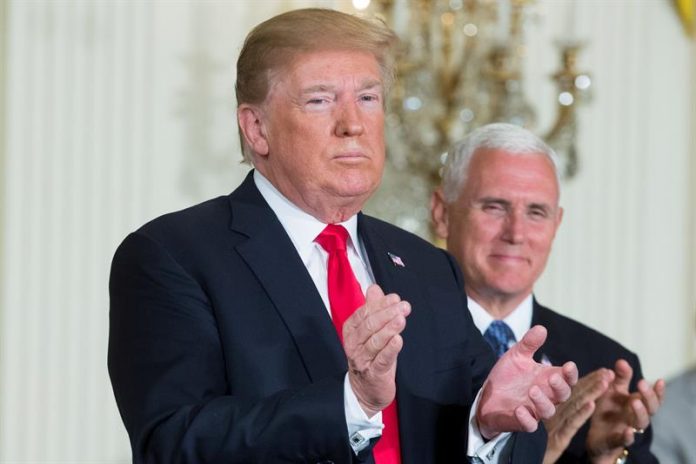 The president, Donald Trump, today reaffirmed his support for the policy of “zero tolerance” applied to immigrants who arrive at the border, and assured that the Democrats claim that illegal immigration “infest” the country.

“The Democrats are the problem, they do not care about crime and they want illegal immigrants, no matter how bad they are, to enter and infest our country, like the (gang) MS-13, they can not win with their terrible policies, that they see them as potential voters! “he said.

Trump redoubled his defense to these measures, which since they were imposed in mid-April have caused thousands of family separations between immigrants who arrive at the border, provoking numerous criticisms, both from the Democratic opposition and from within their own party.

Attorney General Jeff Sessions announced the “zero tolerance” policy a few weeks ago, saying that the Justice Department will prosecute all adults who attempt to cross the border with Mexico illegally.

In this way, adults are taken to detention centers and children are taken over by the Department of Health and Human Services.

Trump falsely argues that this practice responds to an application of the current law, however it is a discretionary measure that, under the same laws, was not implemented by previous governments, both Democrats and Republicans.

Secretary of National Security, Kirstjen Nielsen, said Monday that the Trump Administration “will not apologize” for separating children from their mothers, while in the media there are harsh images and testimonies from the affected children.

The government has admitted that the separation of children from their families on the border is aimed at deterring illegal immigration, a tactic that had already been advanced a year ago by White House chief of staff John Kelly, who could adopt.