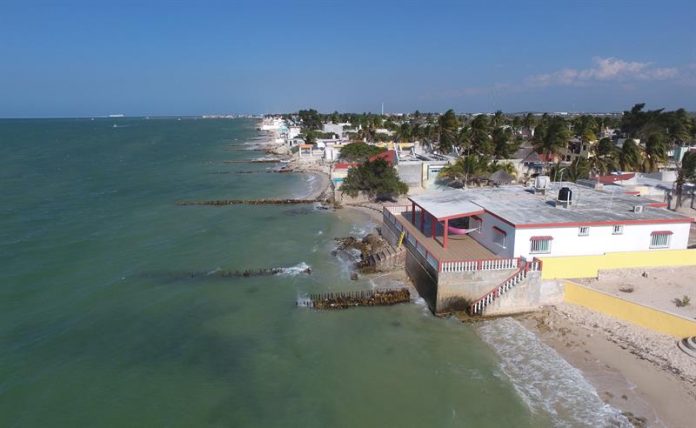 The sea level rise projected for the end of the century threatens 2.5 million homes and businesses located in coastal locations in the country, according to a study published today by the Union of Concerned Scientists (UCS).

Specifically, this accelerated increase in sea level, mainly caused by global warming, will worsen maritime floods and put at risk of chronic flooding 2.4 million homes valued at 912,000 million dollars, according to UCS.

In addition, 107,000 commercial properties with a value of 152,000 million dollars are also in danger of suffering these effects of climate change during the next 80 years, until the year 2100.

“Unfortunately, in the coming years, many coastal communities will face a devaluation of properties as perceptions of risk are equated with reality,” said Rachel Cleetus, economist and director of the Climate and Energy Program at UCS. .

Using three scenarios of sea level rise developed by the National Oceanic and Atmospheric Administration (NOAA), scientists determined how many residential and commercial properties along the entire coastline of the country are at risk of flooding. Chronic for high tides.

This endemic risk, according to the UCS definition, means that these homes will flood an average of 26 times a year or more, that is, once every two weeks.

The consequences do not translate only into deteriorated properties, but also into uninhabitable housing and the reduction of the tax base that finances schools, roads and emergency services in those places.

“The municipalities would have deeper income falls when they take into consideration the tax losses of commercial properties, sales and other businesses,” the authors noted in their report.

By 2045, about 175 communities will see 10 percent or more of their homes at risk of chronic flooding, with almost 60 percent of those communities experiencing poverty levels above the national average.

The locations that could be impacted most strongly in this time frame, according to the study, include communities in Louisiana, Maryland, New Jersey and North Carolina.

In their conclusions, the researchers warned that owners of residences that are often flooded in the future may find themselves with mortgages that will exceed the value of their possessions, face an abrupt increase in flood insurance premiums and even default on payments.

On the other hand, lending institutions of these mortgages could become insolvent, especially small banks concentrated in regions with high risk of flooding.

Despite these forecasts, co-author Astrid Caldas assured Efe that if the international community succeeds in meeting the objectives of the Paris Agreement, signed in 2016, a large part of these homes could be saved.

“If we achieve the goals of the Paris Agreement to maintain the warming between 1.5 and 2 degrees Celsius and if the ice loss of the poles is limited, 85% of the affected residential properties could avoid chronic floods in this century “, concluded Caldas, specialist in Climatic Subjects of the UCS.