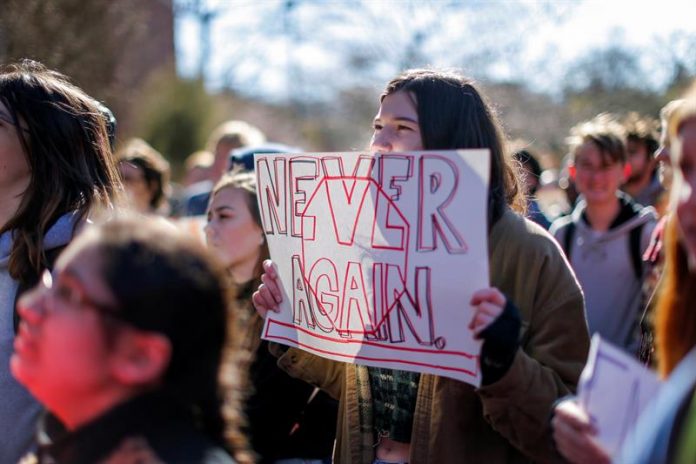 Austin (TX). – A group of experts and officials of public security of Texas assured that “the mental health of the students” is the main reason of the scholastic violence and demanded to center the resources in that situation.

The proposal took place during a debate on school safety with Texas senators that today celebrated its second day of discussion, where nine members of the Senate committee asked the experts about future plans to strengthen security.

This group insisted that the deterrence of school killings involves prioritizing mental health, ahead of options that seek to increase the presence of armed teachers and the installation of metal detectors.

In this sense, the police chief of the San Antonio Independent School District, Joe Curiel, said that the training of security agents in schools should be based on establishing close relationships with students, so that they can “read” what their feelings.

Another issue that was discussed, after the words of the vice governor of Texas, Republican Dan Patrick, who argued that one of the problems in these situations is that “there are many doors and exits”, was the design of educational buildings.

Thus, the chairman of the working group created by the Society of Architects of Texas for this matter, Chris Huckabee, explained that the buildings are designed for students to meet in “conversational areas” and foster relationships between them.

Huckabee announced that, however, they are “thinking” of modifying the traditional model of “solid walls” and include security measures such as the creation of sections that “allow keeping a shooter locked in one place”.

The governor of Texas, the Republican Greg Abbott, already developed a program a few weeks ago to reduce violence in state schools, which included among the main measures these questions on mental health or the presence of more security agents.

The governor’s program will be financed with $ 120 million in grants to implement these ideas and an additional program of financial aid, more elaborate, aimed at measures with higher cost, the amount of which was not disclosed at the moment.

This document, which will be launched in the next academic year, was a direct consequence of the last school killings that took place on May 18, when a 17-year-old boy opened fire on his schoolmates in Santa Fe, Texas. causing ten dead and thirteen wounded. (efeusa)