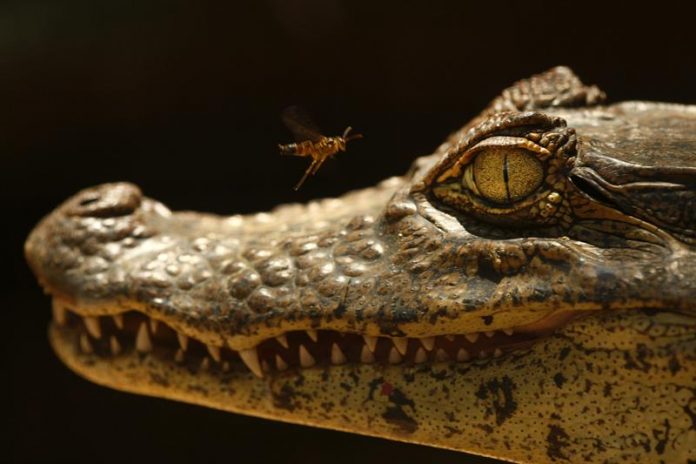 A plane that had just landed yesterday at the Orlando airport had to stop when it was heading to its arrival gate because an alligator was crossing the runway, local television channel WESH 2 reported today.

The pilot of the Spirit Airlines plane from Baltimore warned passengers of the reason why he had stopped.

“Believe it or not, the truth is that there is an alligator on the track and we are waiting for it to cross,” said the pilot, according to one of the passengers told WESH 2.

The passengers seated in the window seats could see the reptile, as well as photograph it and record it on video, when it crossed the track and then went into a nearby pond.

According to the Commission for the Conservation of Wildlife and Marine Animals of Florida (FWC), in all 67 counties of the state there are alligators, so it is not strange that people are caught, sometimes with fatal results.

This happened to Shizuka Matsuki, 47, last Friday near a lake in a park in Davie (south of the state).

The woman was walking her dogs when a six-foot-long alligator caught her and dragged her to the lake and her body was found hours later.

According to a FWC pamphlet on the interaction between humans and alligators, since 1948 there are more than 20 documented cases of death of people due to attacks of these reptiles in Florida.

“The conservation of the American alligator is a success story, Florida has a healthy and stable alligator population that is estimated at 1.3 million animals of all sizes, they are an important part of the ecosystem, but they must be treated with care and respect “, says in his publication” Tips to live with alligators “.