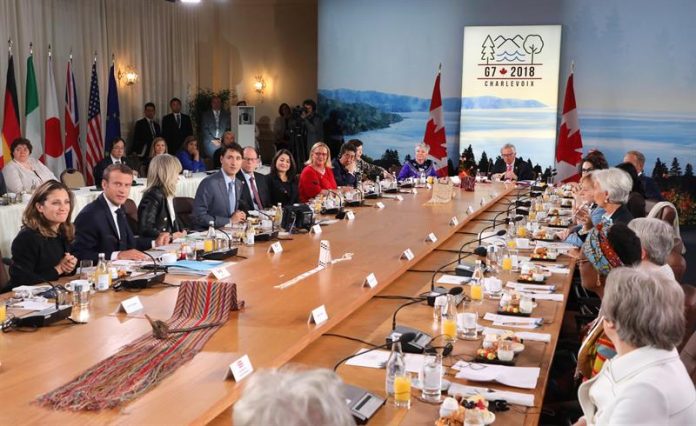 The negotiators of the G7 continue working “without rest” in a final statement of the G7 Summit, which ends today in the Canadian town of La Malbaie, which can be accepted by all countries.

The presidents of the United States, Donald Trump, and France, Emmanuel Macron, expressed some optimism that the summit ends with a joint document despite the differences that exist between the North American country and its allies in the area of ​​climate change, trade and commerce. nuclear agreement with Iran.

Macron turned to Twitter today to affirm: “after a long day of work and a very direct dialogue, we are actively seeking an ambitious agreement”.

For his part, also this Saturday, President Trump said he believes that the G7 countries will agree to conclude the summit with the traditional joint statement.

Senior Canadian officials, the hosts of the meeting that takes place some 140 kilometers northeast of Quebec, said in the last hours that the “sherpas”, the chief negotiators of the seven countries, “are working tirelessly” to iron out the differences with the United States.

“The objective is always to reach a consensus as wide as possible and not concentrate on significant differences that we are not able to solve,” they added.

The same Canadian sources indicated that the United States has not committed to signing the final communiqué agreed by the rest of the G7.

Community sources indicated to Efe that a possible solution to the blockade is the formula adopted last year at the summit held in Italy, in which the final communiqué contained points, especially in relation to climate change, which indicated that the United States did not adhere to that part.