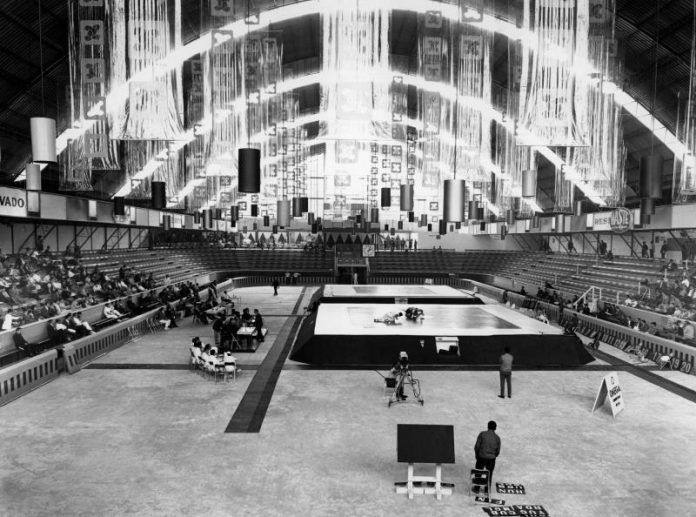 The Frenchman Daniel Robin, one of the greatest figures of the struggle of all time, died this May in Canada without being in time to celebrate the 50th anniversary of his feat in the Games of Mexico’68, when he won the medal of Silver both in wrestling and Greco-Roman.

The death of Robin has been so mourned in France, his country of birth and with which he obtained his sporting successes, as in Montreal, his land of adoption and in which he was at the forefront of numerous initiatives related to Olympism.

A pancreatic cancer ended Robin’s life on May 23, when he had a week to turn 74.

He was born in 1943 in Bron, in the metropolis of Lyon, although he always lived in Grenoble. He was the first French wrestling world champion, when he won the universal title in 1967 in New Delhi.

A year later, far from there, he entered the story for a feat not repeated by anyone: he was twice medalist in the same edition of the Olympic Games. In Mexico’68 he won silver in wrestling, but also in Greco-Roman wrestling, both at welterweight.

In fact, Robin thought for a few hours that his result was even better and that he had been an Olympic champion in Greco-Roman. But his rival for gold, East German Rudolf Vesper, filed a claim and took the best part.

In the 1970 World Cups he tried the double in both modalities. But he did not hear of a change in the order of the fighting in the Greco-Roman contest and arrived late to the room.

Those of Mexico’68 were only the first episode of a long relationship between Daniel Robin, the Games and the Olympic spirit in the broadest sense.

He also competed as a competitor to Munich’72, a date that marked him tragically by losing several friends in the attack committed by a Palestinian commando against the Israeli delegation.

In the German city he returned to compete in the two types of fight and was fifth in free and sixth in Greco-Roman.

He tried his luck until 1974 in rugby, as a steal for Grenoble, before becoming a fighting coach in France and Spain.

He traveled to Montreal in 1976 to discuss the Games on Canadian radio (he repeated as a commentator in 1996 and 2000) and stayed there forever.

He was immediately involved in the local sport. He trained the Greco-Roman wrestling team of Canada in Los Angeles’84. On the eve of the 1988 Calgary Games he organized events related to the passing of the Olympic torch through Montreal. In the Albertville’92 (France) was the deputy head of mission of the Canadian delegation.

Until 2004 he coordinated the sports and leisure agenda of his host city.

Nor did he dislike the office work: between 2005 and 2009 he was vice-president of the French fight federation and then was director of the sport in the organizing committee of the 2012 London Games.

He worked until his death at the Gold Medal Club, a Canadian program to raise funds for young promising athletes.

“One of those people who becomes your friend in a few minutes and continues to be for the rest of life,” said ‘L’Equipe’ after his death.

Another French newspaper, the ‘Dauphiné Libéré’ published in Grenoble, defined him in his obituary as a man “jovial and generous, an Epicurean”.

That generosity to which the publication alluded extended beyond Robin’s life: he asked that flowers not be sent to his funeral, but that the equivalent economic amount be donated to a cancer research institute.