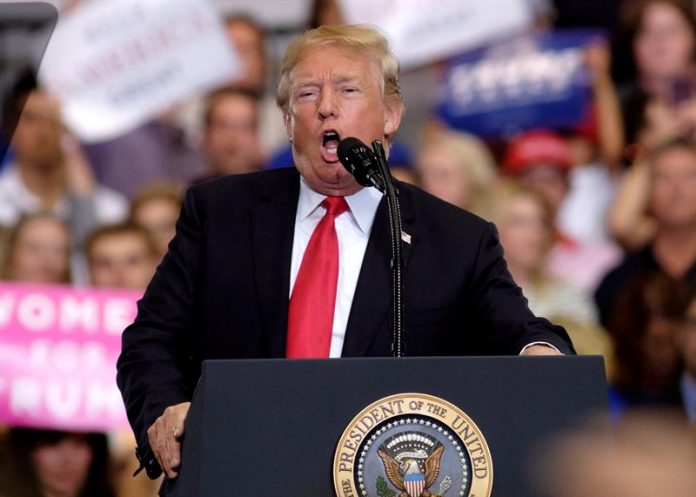 The president of the United States, Donald Trump, today took up the idea that it will be Mexico that pays for the construction of his promised wall on the border with the neighboring country, and also assured that “they will enjoy it”.

“We are going to achieve the wall in any case, I do not want to cause any problems, but in the end Mexico is going to pay the wall, I just tell them,” the president said at a rally with supporters in Nashville, Tennessee.

The president’s insistence on ensuring that Mexico would pay for the construction of his promised border barrier caused strong tensions with the Mexican government, which has rejected on several occasions that this will happen.

In fact, his vehemence with the construction of the wall caused that the Mexican president, Enrique Peña Nieto, canceled a trip to Washington to visit the multimillionaire, an appointment that has not come back to materialize even though Trump refrained from mentioning that Mexico would pay the costs for some time.

However, the magnate has also failed to get Congress to approve funds for the wall to be built with federal funds, and now the billionaire has retaken the idea that it will be the Mexicans who will finance it.

In addition, the US president attacked the leader of the Democratic minority in the House of Representatives, Nancy Pelosi, who said he “loves” the gang members of MS-13.

“She loves MS-13, can you imagine? Remember that I called them animals and she said ‘how dare you say that,'” the president argued.

Trump referred to members of the MS-13 gang as “animals” during a roundtable discussion on immigration earlier this month, causing a stir with his dehumanizing and aggressive rhetoric in addressing immigration issues.