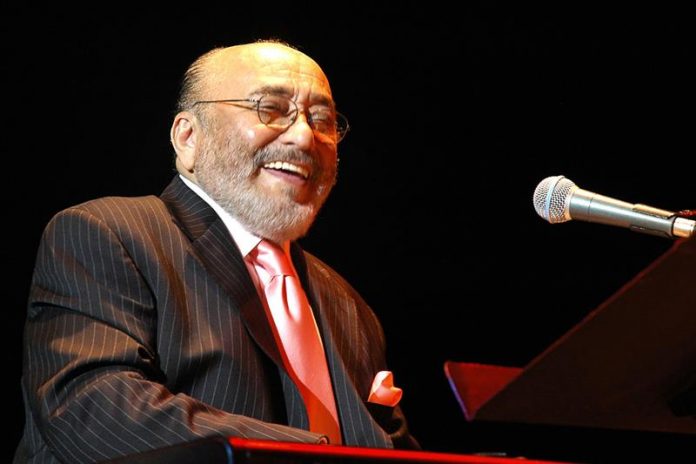 The Puerto Rican pianist, composer and conductor of Puerto Rican origin Eddie Palmieri, a legend of jazz who at the age of 81 is still on tour and will release a new album in September, has something certain: “If I stop playing I die faster”.

In a telephone interview with Efe before the concert he will give this Saturday at the Olympia Theater in Miami, Palmieri emphasizes that the public will not believe what he will see on stage.

“They are tremendous musicians,” says Palmieri of the sextet who accompanies him in these concerts that follow the tour he made in 2017 for his 80 years and for the publication of his album “Sabiduría”, which is “pure latin jazz” and danceable .

With his orchestra “La Perfecta”, which he founded in 1961 and had the distinction of having a line of trombones instead of the usual trumpets in Latin orchestras, Palmieri created an original sound that mixed jazz with Afro-Caribbean rhythms. He later called “Latin jazz”.

The name “La Perfecta” says it all of Palmieri, who went to timbalero and, thanks to the “wisdom” of his mother, ended up dedicated to the piano, an instrument that did not have to carry like kettledrums and that kept him in the world magical percussion

“The drum is the pulse of Eddie Palmieri’s life, it’s in my soul and in my blood,” affirms this “master of jazz,” a title awarded in 2013 by the National Foundation for the Arts of the United States.

Instead of perfectionism, Palmieri prefers the word “preparation” to define what marks his way of making music.

“The preparation gives you excellence, my audience knows that I always have the best musicians and that I record all my records in studio”, underlines the author of what is considered a hymn for the Puerto Ricans and the salsa singers, the song “Puerto Rico” .

Now he is preparing for the publication of “Mi luz mayor”, an album dedicated to his wife Iraida, who died four years ago and “his girlfriend for 62 years”, in which he has the voices of Gilberto Santa Rosa and Germán Olivera, the singer of his orchestra, each with five songs.

He has achieved that, at his 90 years, Rey Santos, whom he defines as a “genius” of the arrangements he worked with Machito, Tito Rodríguez and Tito Puente, among others, has collaborated on the album. 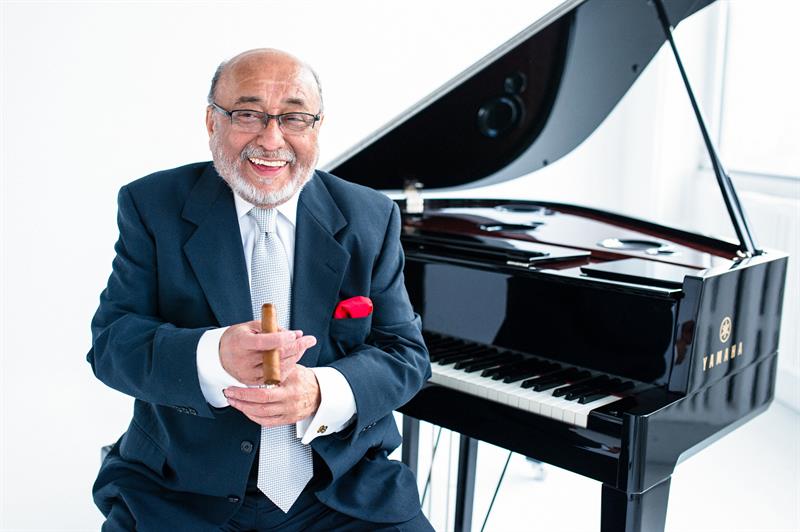 The “cherry” of “Mi luz mayor”, which will be released on September 21, is the song Carlos Santana plays with his guitar.

Palmieri, who lives between her native New York and New Jersey, not only takes great care in the preparation of her concerts, she also takes great care physically to have the necessary energy on stage.

According to him, he makes a quiet life, goes to bed early and tries to eat little, because – he says – at his age “the less you eat the more strength and vitality you have”.

One of the things he would like to do is a play “for Broadway”, the street in New York where the theaters and musical works are concentrated, which told the story of how the African rhythms arrived in Hispanic America and how the “exchange cultural “Latin rhythms came out.

Palmieri goes back to the arrival of the “Moors” to Spain in the 8th century, outlining what that musical would be like to be able to do, since he expects to live 112 years and dedicate the last 10 “to learn to play the piano”, according to He says with humor.

As an artist, he has never been oblivious to the things that happen to people and so he has turned to his music, with songs that speak of poverty, “the relative of wars and crime”, and of freedom, “the daughter of justice. ”

At this time, this native of the New York Spanish Harlem is concerned about the loss of purchasing power of workers, because everything goes up, including “the billes”, as they say in Spanglish to the bills of public services, but not wages.

Palmieri believes that today’s Latin music is a “total disaster”, but soon qualifies that “that’s what colors are for,” so that people can choose what they prefer.

“I’m never going to change the way I play,” says this pianist who has worked with the most talented Latin and jazz musicians, including Thelonious Monk, Herbie Hancock, McCoy Tyner and his own brother Charlie Palmieri, and He has won multiple awards, including ten Grammys. (efeusa)