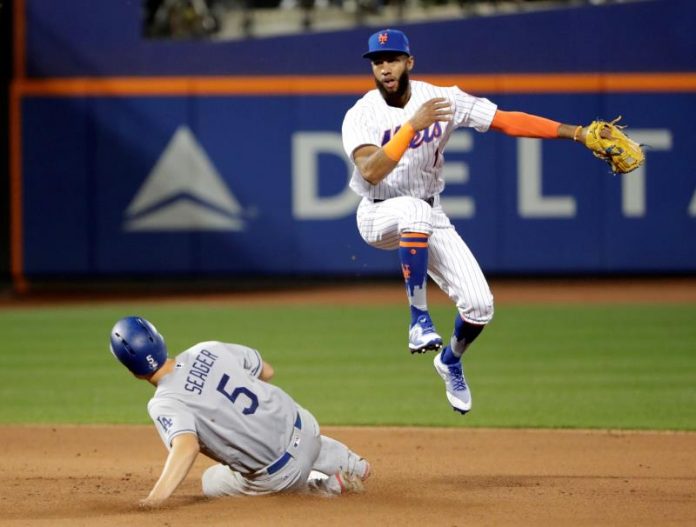 The power of the Latin American clubs is still present in the Major Leagues and for the second consecutive day two players hit a pair of home runs each.

While Rojas, 29, did it for the Miami Marlins, who lost 9-10 against the Atlanta Braves, Rosario did help the New York Mets win.

Rojas (7) hit a pair of home runs with a four-cornered hit in the seventh inning, leading a runner ahead of the relief pitches Lucas Sims and did it again in the seventh, solo, with one out, and finished with four towed and three driven.

The Braves also had support from the Latin batting through the mediation of the Venezuelan Ranger Ronald Acuña, who hit 2 of 4 and drove in three runs.

Rosario hit a pair of homers and emerging Venezuelan hitter Asdrubal Cabrera added one for the New York Mets, who beat the Arizona Diamondbacks 4-1.

The home run of Rosario was the second he has achieved so far this season and he did it in the sixth episode against the work of starter Clay Buchholz, without runners on the trails or outs at the entrance.

In the seventh he returned to put the ball over the wall with another solo bambinazo, this time to decipher the pitches of the Mexican relay Jorge de la Rosa, which allowed him to conclude the game with two hits in three at-bats, two RBIs and two entries.

Cabrera (7) also blew the bat in the seventh inning against De la Rosa, leading a runner ahead with two outs in the episode.

Mexican starter Reynaldo Lopez pitched eight innings and with support from the relief Jacy Fry led the Chicago White Sox to a 3-0 shutout win over the Texas Rangers.

Lopez (1-3) allowed two hits, gave two bases and struck out eight on the way to the win.
The Mexican made 107 pitches, 68 to the strike zone, put his efficiency average at 2.98 and faced 29 enemies.

The Dominican receiver Welington Castillo (6) sent the ball to the street in the second, alone, against starter Mike Minor.

The Venezuelan made 110 shipments, 74 to the strike zone, and left in 4.13 its effectiveness, after facing 27 enemies.

Villanueva (12) sent the ball to the street in the fourth against starter Trevor Williams, with one runner and two outs in the episode.

Puerto Rican shortstop Javier Báez blew the hedge for the Chicago Cubs, who beat home side 1-6 to the Cincinnati Reds.

Baez (11) sent the ball to the street in the second against starter Tyler Mahle, alone, without outs in the inning.

Solarte (10) sent the ball to the street in the ninth with a running back, when there were two outs in the inning.

Cuban receiver Yasmani Grandal, his compatriot Ranger Yasiel Puig and Puerto Rican shortstop Enrique Hernandez each hit in the triumph of the Los Angeles Dodgers, who won 2-7 at the Washington Nationals.

Grandal (8) blew the whistle in the second episode with no teammates ahead against starter Stephen Strasburg.

Hernandez (6) also hit the whole back in the fifth episode against Strasburg, with a runner on the road.

While Puig (4) punished with a full return shot in the eighth, with a runner, against the Dominican relay Wander Suero.

First baseman Jesus Aguilar vanished the ball from the field for the Milwaukee Brewers, who lost 1-3 against the Minnesota Twins.

Aguilar (7) sent the ball to the street in the sixth against the opener Jake Odorizzi’s shipments, without runners ahead. efe