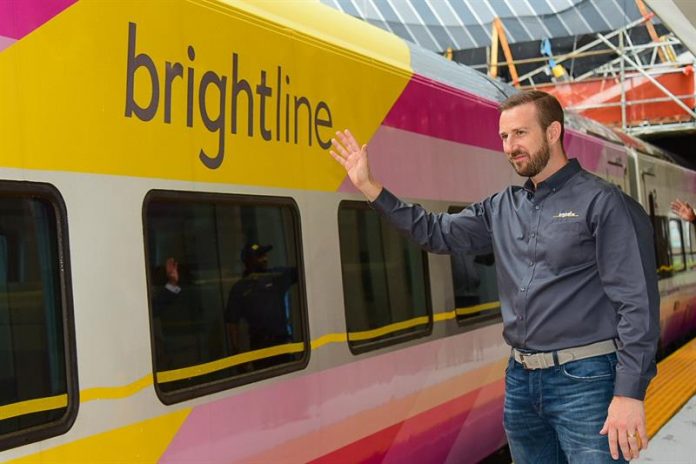 Miami already has a high-speed rail service, after the arrival and departure of the first passenger trains of the company Brightline in the brand new station located in the center of the city and that has been inaugurated this Saturday.

This service, which already connected the cities of Fort Lauderdale and West Palm Beach, has set off this morning the first high-speed trains to Miami, thus extending its journey amid an expectation that generated the early sale of all available tickets for the weekend.

“It seems very good and a good alternative to drive,” said Francisco Pajes, who arrived in Miami from West Palm Beach with his son.

“It’s perfect, like in Europe,” said the Finnish Toula, who preferred not to give her last name, also on arrival at the Miami station, with a gift in hands given by the company and while watching the performance of the group Sons of Mytro, one of the musical acts programmed over the weekend.

After today’s inaugural trips, with reduced prices that will be maintained over the next few weeks, Brightline plans to increase the frequency of trains between the three cities and, further, expand the service to cities like Orlando, in the center of the state, or Jacksonville, in northeastern Florida.

The premise is that future stations involve distances “very short to fly and very long to drive”, as told to Efe company president, Patrick Goddard, who was excited by the “overwhelming response” that the launch of the service.

Very common in large cities in Europe and Asia, a high-speed rail network offers “reliability” and fits with the current lifestyle, in which modern workers are in motion, want to be productive while traveling and seek to avoid traffic of vehicles, said the businessman.

The president of Brightline pointed out that the US It has a good network of freight trains, but, except perhaps “the northeast corridor”, the same does not happen in the case of passenger rail transport, for which there is a “good infrastructure”, but old and to which urgent improvements

“From an infrastructure perspective, we are in a bad position as a country,” said Goddard, who is optimistic about the development of the service.

The modern Miami station, which in the future will be connected to the regular rail service Tri Rail and its routes to the west, rises in an area where courts and public offices are located, and very close to the financial district of Brickell and the Location of Coral Gables.

Despite the heavy rain today, the opening of the station, which has restaurants and cafes, attracted a few curious and even the participation of some players of the Miami Heat basketball team, which were part of the inaugural program. 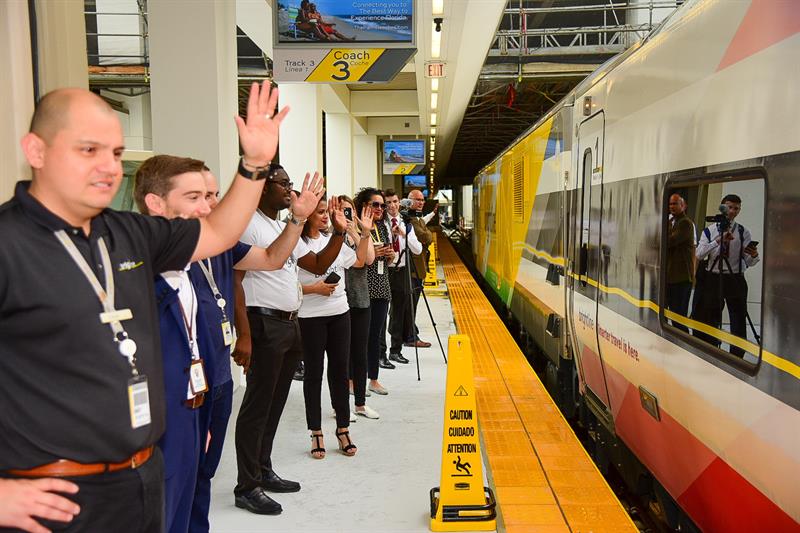 With the Orlando station as the next goal, which will take about three years to complete, the Brightline executives maintain their safety awareness campaign to prevent more deaths from occurring, such as six since the opening of the Fort Laudedale-West Palm route. Beach, when people crossed the rails despite the signs of stopping.

“These incidents were tragic, but the most tragic is that they were avoidable,” Goddard said, adding that security has been a priority since the project was conceived and in many sections of the network the infrastructure has “exceeded national standards”. in that matter. efe