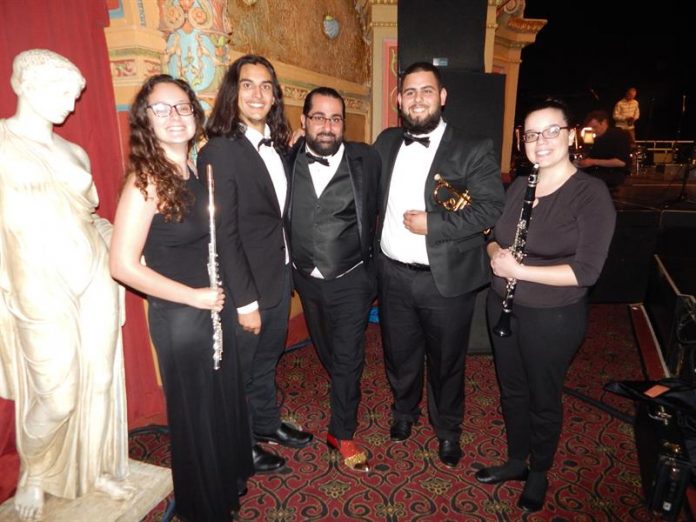 Classical Arabic music and flamenco, supported by other musical cadences, came together in Miami to offer a show that conjured up the romantic historical place and the time of coexistence and cultural exchange that went to Andalus.

The 17 musicians of the National Arab Orchestra and their special guests blew their instruments and their throats and invited the spectators of “Layali al-Andalus”, or “Nights of al Andalus”, to enjoy the ” tarab “, a concept in Arabic that indicates musical ecstasy, as indicated in the presentation Michael Ibrahim, musician born in Detroit (Michigan) of Syrian immigrant family.

The event “is mainly about uniting people through music, that is ending the divisions, and on the other hand to put an end to stereotypes against the Arab world,” Efe told the founder of the orchestra at the end of concert offered on Saturday night at the iconic Olympia Theater, in downtown Miami.

“Giving us the name of an Arab orchestra is indicative of the music we play, but we also want to give an example that although we are a mixture of cultures we are not really different,” he added.

During their concert in Miami, the group was accompanied by the flamenco guitar virtuoso José Luis de la Paz, the flamenco dancer Niurca Márquez, the flamenco singer Alejandro El Gambimbas, as well as the Arab singers Marian Layousse, Abdalah Musa, and the singer Sephardi Susana Behar.

The musical selections of the night included compositions of legendary Arab musicians such as La voz de Líbano, the singer and Zejelista Wadih al Safi; The musician of the generations, the Egyptian lutenist and singer Mohammad Abdel Wahab, or the Egyptian-Syrian composer, singer and actor Farid al Atrach.

Then, the music of the night included classical songs from the Arabic repertoire sung by Abdalah Musa and Marian Layousse, whose powerful voices glimpsed the stage with their arias and mawawil (plural of mawal), a form of free vocal improvisation from the Middle East that happened to the old medieval Europe at the hand of the Andalusian influence in the Iberian Peninsula from the 8th century until the beginning of the 17th century.

Another of the historical pieces performed was the Moroccan flamenco fusion “Ya bent bladi” (“Mi conciudadana”) and “La Tarara”, sung to a trio in Arabic by Musa, in Spanish by El Gambimbas and in Sephardic by Behar.

This song was made famous in 1983 by the Granada-born cantaor (Spain) Enrique Morente and the Tetouan singer (Morocco) of Andalusian music Abdesadaq Cheqara as part of the show “Macama Jonda” written by the Spanish intellectual José Heredia Maya. 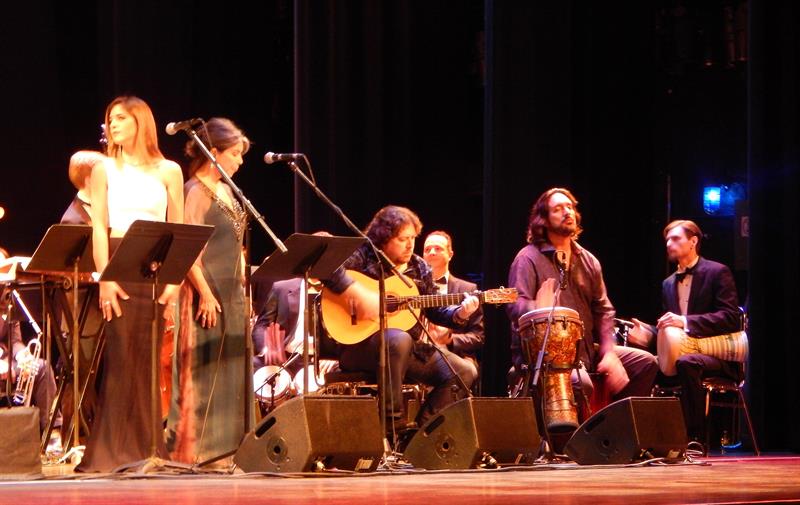 The musicians, playing guitar, violins and cellos along with traditional instruments such as the lute, qanun (zither), nay (flute of cane), Riq (Arab tambourine) and darbuka or tabla, transported for two hours to the large audience on a trip through the Middle East, their voices and their sounds.

The musical evening ended with a wonderful interpretation of the moaxaja, the poetic composition of Muslim Spain, “Lamma bada yatathana” (“When it moved subtly”) with the collaboration of the choir and wind instrument musicians of the symphony orchestra of the Miami Dade College (MDC).