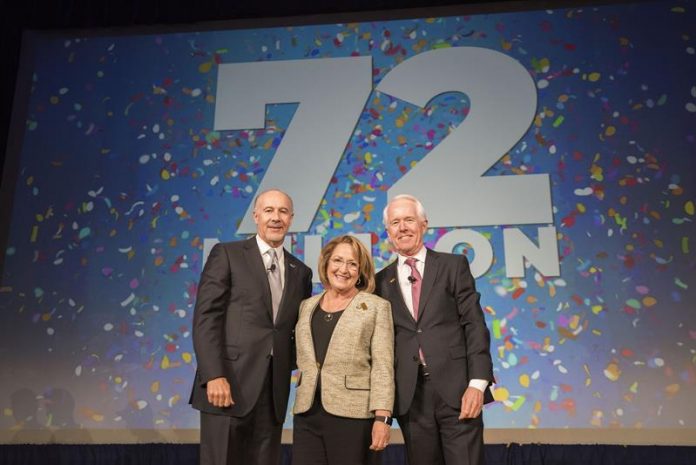 The city of Orlando and its surroundings, where the theme parks for which it is known worldwide, received 72 million visitors in 2017 and became the number one tourist destination in the country.

The announcement was made, with drum roll included, by the official entity Visit Orlando at a large party held in that city in central Florida on Thursday night, according to local media gathered today.

The record of 72 million, which includes both national and international visitors, was achieved despite the fact that in 2017 the area of ​​Orlando was touched by Hurricane “Irma” and that forced the temporary closure of the theme parks and airports.

The vast majority of visitors, a record of 65.86 million responding to the improvement of the country’s economic indicators, came from other parts of the United States and 6.15 million from abroad, according to a message from the Executive Director of Visit Orlando, George Aguel, posted today on the website of that entity.

According to Aguel, tourism is behind one in three jobs in central Florida and generates 70,000 million dollars a year.

It is the first time that an American city exceeds 70 million visitors, according to Visit Orlando.

The Orlando Sentinel points out that New York received 68.2 million visitors and Los Angeles, 42.2 million in 2017.

In interannual terms, 72 million represent a 5% increase in relation to the 2016 figure.

“Orlando’s success is great, not only for this iconic destination, but for the travel industry as a whole,” said Roger Dow, executive director of the United States Travel Association, who attended the Visit Orlando party.

The executive director of Visit Orlando said it in other words; “When it comes to tourism, Orlando is the nation’s capital.”