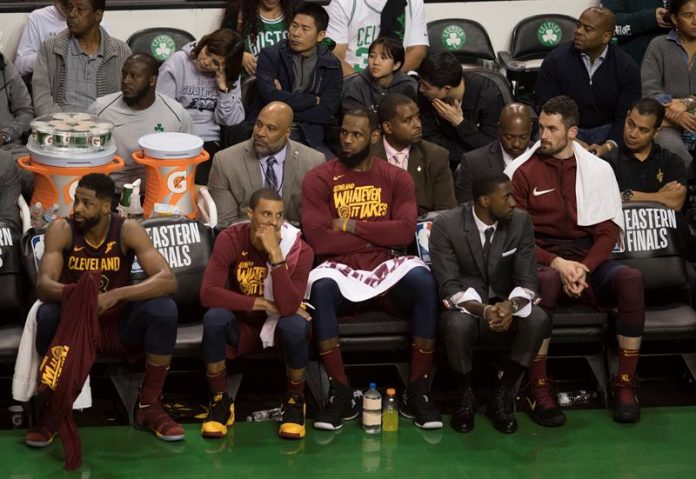 The crushing defeat suffered by the Cleveland Cavaliers against the Boston Celtics in the first game of the Eastern Conference finals, which they lost by beating 108-83, did not alter the confidence of star forward LeBron James.

The figure of the Cavaliers, who finished with just 15 points, recognized the great work and tactical approach that the Celtics made in the field, but that had not managed to undermine their morale and confidence in themselves and their team.

“You have to give all the credit to the Celtics that came with a well-studied and worked-out technical plan,” James said at the end of the game. “That’s obvious and therefore they deserved the victory.”

However, James, who already has three NBA champion titles under his belt, also admitted that nothing had turned on any light within his team, much less in his person and what it meant to be down in the tie (0-1) against the Celtics.

“I do not like to start a series and more of the final with defeat, but it’s something that has happened to me before and therefore does not generate any kind of special concern,” James said. “I can say that in me, at this moment, there is zero concern as to what we can achieve in the tie as a winning team.”

Even James was allowed to put “zero” the level of concern about what happened in the first game against the Celtics.

“At this point in the competition, I do not have any extra worries,” said James, who scored just 5 of 16 field goals and missed the five triple attempts he made.

“I’ve been in this situation before and for me there is no cause for concern, since the only thing that happened was that we played a bad game tonight and that’s it,” James said. “I lost seven balls and that’s not normal, but I’m sure that when we play the second match on Tuesday everything will be very different because we will have the opportunity to make things change in our favor.”

Cavaliers coach Tyron Lue has the same feeling that he is convinced that on Tuesday, everything will be different and better for the team, which defends the title of the Eastern Conference champion.