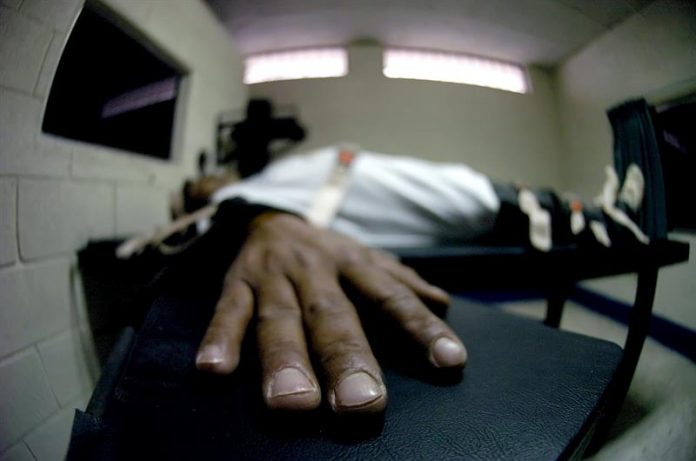 The state of Alabama executed today, for the murder of a judge with a package bomb, the elderly Walter Leroy Moody, 83, who became the oldest prisoner to be sentenced to death since the reinstatement of that punishment does more of four decades.

Moody was pronounced dead at 8:42 pm local time (01.42 GMT Friday) after receiving a lethal injection at Holman Prison in Atmore, Alabama, according to the Department of Corrections of that southern state.

Moody was convicted in 1996 of the murder in Alabama of Judge Robert S. Vance of the 11th Circuit Court of Appeals, with jurisdiction in Alabama, Florida and Georgia.

On December 16, 1989, Vance was sitting at his kitchen table when he opened a package with a bomb that exploded with great force, killing him instantly and seriously injuring his wife.

At his trial, prosecutors described Moody as a meticulous man obsessed with taking revenge on the judicial system.

Moody, who studied law, allegedly had a strong grudge against justice because the appellate court of the eleventh circuit, of which he was part Vence, refused to dismiss the sentence to which he was convicted in 1972 for possessing a bomb, which prevented from practicing law.

According to investigators, after assassinating Vance, Moody perpetrated more bomb attacks to make it appear that the Ku Klux Klan (KKK) was behind the death of the magistrate.

In December 1989, Moody mailed a total of four bombs, one of which caused the death of Robert E. Robinson, a black lawyer and activist from Savannah, Georgia, who was fighting for the civil rights of the black community.

Moody has also been linked to two bombs that were intercepted before exploding and that were aimed at the Jacksonville (Florida) office of the National Association for the Advancement of Colored Peoples (NAACP), the country’s leading organization for the defense of the rights of blacks.

Authorities say the bombs were intended to mislead investigators and make them think that the crimes were racially motivated.

Moody was first sentenced in 1991 in federal court to seven life sentences and to spend over 400 years in prison. Subsequently, in 1996, at the state level he was sentenced to death for the murder of Vance.

The execution of Moody was scheduled for 18.00 local time (23.00 GMT), but was postponed about two hours by order of the Supreme Court, which ended up rejecting a defense resource.

“Moody has spent a good part of these three decades trying to escape justice, and today Mr. Moody’s resources have finally reached their legitimate end, and justice has been served,” the Alabama attorney general, the Republican, said in a statement. Steve Marshall