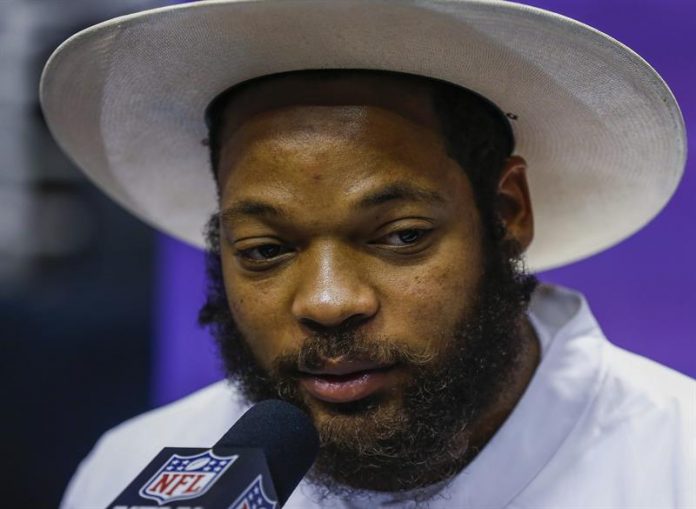 Defensive end Michael Bennett, who will play with the Philadelphia Eagles, the current Super Bowl champions, will appear before a judge Monday afternoon at Harris County Courthouse in Houston. that an arrest warrant be issued for a charge of injuring an older woman.

The alleged incident occurred at the NRG Stadium in Houston after the Super Bowl LI match that was held in February 2017.

After his arrest, the judge in charge of the case set bail of $ 10,000 and the player will be allowed to travel between his home in Hawaii and the Houston area to appear before the court when the judicial authorities require it.

Eagles general manager Howie Roseman said that during the winter meeting of owners of the National Football League (NFL) held in Orlando (Florida) his team was not aware of the incident from which they first received information about the past Friday when the complaint was made public.

Roseman said he does not believe that Seattle Seahawks general manager John Schneider has withheld information from the Eagles when they made the transfer of Bennett to the Eagles earlier this month.

The Eagles manager also noted that he had talked with Bennett about the incident and will let the legal process take place.

“People are innocent until proven guilty,” Roseman said. “In that principle of respect for the legal process we will stay until we know the final result of it to see what actions we follow.”

According to official documentation of Bennett’s arrest, the Harris County District Attorney’s Office, to which Houston belongs, issued an arrest warrant for the defensive end for injuring a paraplegic woman while attempting to jump into the field to celebrate with her brother in the Super Bowl LI.

A statement from the district attorney’s office notes that Bennett was a spectator and was in town to see his brother, Martellus, then a player of the New England Patriots, who played the February 5, 2017 Super Bowl LI and got the victory (34-28) to the Atlanta Falcons, in overtime.

After the game, Bennett made his way to the field where the players gathered to celebrate.

NRG security personnel, including a 66-year-old paraplegic woman, told Bennett he had to use a different entrance to enter the camp, but Bennett pushed them, including the woman who was part of the security team.

The lawyer of Bennett, of 32 years, Rusty Hardin informed that his client was out of the country when the office of the public prosecutor of the County of Houston presented / displayed the denunciation against his client.

For its part, the NFL has already reported that it has opened an investigation of the case.