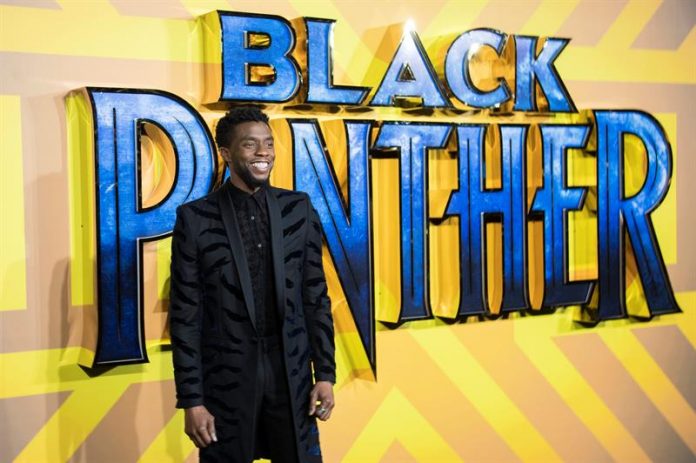 “Black Panther”, the Marvel superhero film, continued as the box office leader for the fifth week in a row, a brand that did not make a film since the premiere of the fantasy film “Avatar” (2009).

According to the data of the specialized portal Box Office Mojo, “Black Panther” entered this weekend in the USA. 27 million dollars, while its accumulated collection worldwide amounts to 1,182.5 million.

In the film by filmmaker Ryan Coogler, T’Challa (Chadwick Boseman), after the death of his father, the king of the fictional Wakanda, returns to his home, an African nation isolated from the world but with tremendous technological potential.

With the second place was formed “Tomb Raider”, which in its landing in theaters achieved 23.5 million.

Starring the Swedish actress Alicia Vikander, “Tomb Raider” explores the origins of the heroine of the world of video games Lara Croft, who decides to undertake an adventure to find out the reasons that led to the disappearance of his father.

The surprise of the weekend was “I Can Only Imagine”, a religious-inspired film directed to the believing public that won 17.1 million in its premiere on the big screen.

J. Michael Finley and Dennis Quaid lead the cast of this film that tells the story behind the hit song “I Can Only Imagine” by the Christian pop-rock group MercyMe.

For its part, the Disney film “A Wrinkle in Time”, directed by Ava DuVernay and Oprah Winfrey and Reese Witherspoon in its cast, added 16.6 million.

This film focuses on a teenager who travels the universe in search of her father, an extraordinary physicist who discovers a fold in space-time through which intergalactic travel is possible.

Finally, the comedy “Love, Simon” scored 11.5 million on its first weekend of exhibition.

The dilemmas of a young homosexual to come out are the narrative basis of this film by director Greg Berlanti (“Life as We Know It”, 2010) that adapts the novel by Becky Albertalli. (efeusa)