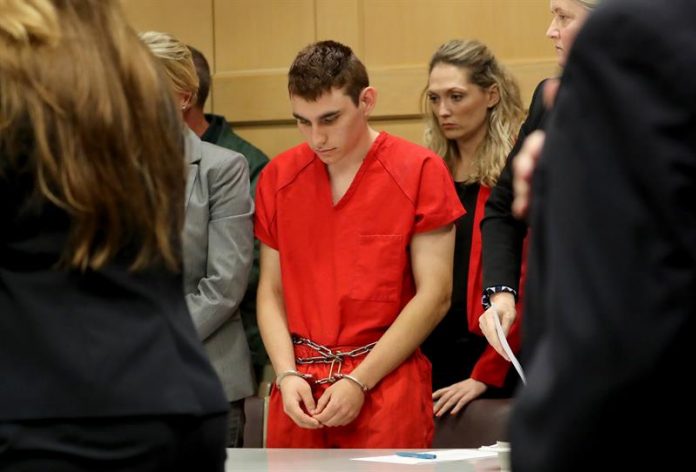 The state of Florida will seek the death penalty for Nikolas Cruz, author confessed to the shooting that killed 17 people last February 14 at a high school in Parkland, in the south of the region, authorities said today.

The Florida Attorney’s Office notified a court in Broward County, north of Miami, that it will “seek the death penalty” in the case of Cruz, 19, who fired indiscriminately with a semiautomatic rifle against high school students and teachers. Marjory Stoneman Douglas.

In the notification, the state indicates that, in the event that Cruz’s defense decides to present during the judicial process the testimony of a mental health expert who “evaluated or examined” the accused, he will have to inform in writing of it at least 20 days before the trial.

The office of Broward prosecutor, Michael Satz, was in charge of presenting the petition on Tuesday to the seventeenth judicial circuit of the county.

Cruz weighs 34 criminal charges, including 17 for first-degree murder. The young man’s defense had initially indicated that his client would plead guilty if Florida did not seek capital punishment for the killing he committed at the education center.

Later, Cruz declared himself “silent” about the charges against him, which means that he does not claim to be innocent or guilty.

However, the action taken by Broward prosecutors does not necessarily mean that the possibility of an agreement between both parties that carries a life sentence not reviewable of the accused is excluded.

This Wednesday, coinciding with the first month since the slaughter was committed, in which fourteen students and three adults died, students from more than 1,600 schools in the country will carry out a strike in demand for greater control of arms sales.