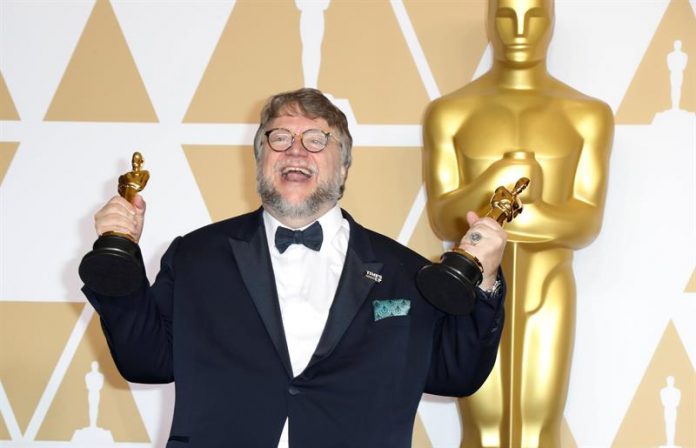 He is the third Mexican to achieve that achievement after Alfonso Cuarón (“Gravity”) and Alejandro González Iñárritu (“Birdman” and “The Revenant”).

“I am an immigrant, like Alfonso, like Alejandro, like my compadres and like many of you,” said the one from Guadalajara with the Dolby Theater on foot, at the beginning of his speech of thanks.

“The best thing about our art is that it erases the lines in the sand, we have to keep doing that when the world tells us to make them deeper,” added the filmmaker, who collected the first golden statuette of his career.

Del Toro started as favorite in this category thanks to his victory in the awards of the Union of Directors of the USA, where he beat the same rivals he had in the Oscars with the exception of Martin McDonagh (“Three Billboards Outside Ebbing, Missouri “), who left his post at the Oscar for Paul Thomas Anderson (” Phantom Thread “).

Before this edition, del Toro only had a nomination to the best original script for “El laberinto del fauno” (2006).

On this occasion he also competes in a nominal title for the best film Oscar – as a producer of “The Shape of Water” -.

Minutes before he lost the award for the best original screenplay – along with his partner Vanessa Taylor – a trophy that went to Jordan Peele with “Get Out”.

The director, who told Efe in a recent interview that this film is “the most human and emotional” of his career, has become one of the most acclaimed modern authors thanks to that particular bet for fantasy that has left works unique as “The backbone of the devil”, “The labyrinth of the faun” and major productions such as “Pacific Rim” or “Hellboy”.