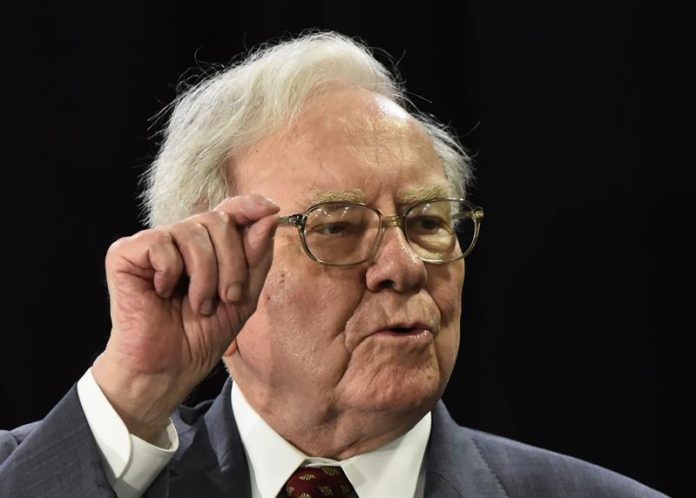 In his annual letter to shareholders of his company, released today, Buffet said that Berkshire Hathaway had a profit of 65,000 million dollars in 2017, of which 36,000 million corresponded to the operation of the firm, while the rest were delivered to them in December with the reform.

The US Congress approved a fiscal reform by the end of 2017, the largest in three decades in the United States and considered to be the great legislative triumph of the first year of Donald Trump’s mandate, which includes, among other aspects, a tax reduction. of companies from 35% to 21% and other reductions to a lesser extent for workers.

In addition, the CEO of Berkshire Hathaway said that at the end of 2017 his company had 116,000 million dollars in cash and short-term Treasury papers, but regretted that this “extraordinary” amount earns “a misery” and that they are in the search of “most productive assets”.

According to the tycoon, known as the “oracle of Omaha”, his search for “independent businesses” to invest ran into the “barrier” that “decent business prices, but far from spectacular, reached a historic record.”

In his letter, this time of 17 and not 29 pages like the previous one, Buffet, 87, also indicated that the company’s board appointed Ajit Jain in early 2018 as head of Berkshire insurance operations and that Greg Abel will take care of the rest of the business.

Both were named vice presidents, Buffett added in the letter, who is considered the second richest man in the world, after Bill Gates.
Berkshire Hathaway owns stakes in companies such as Walmart, American Express, Coca-Cola and Wells Fargo.