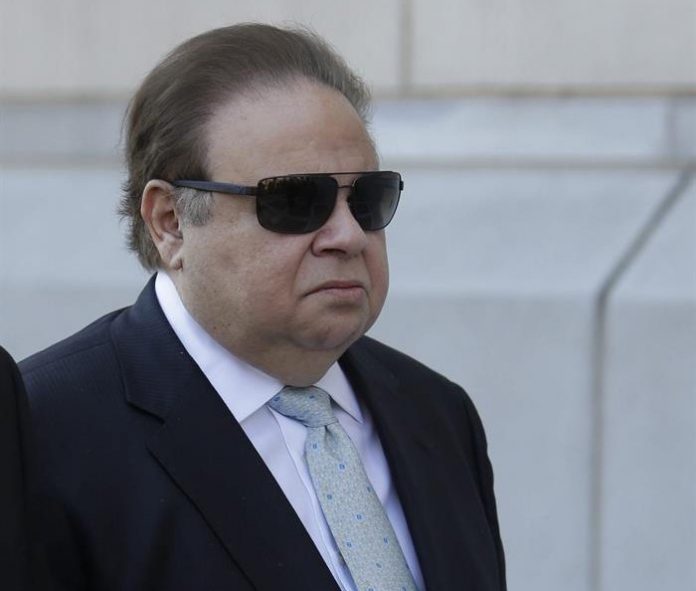 Judge Kenneth A. Marra also sentenced Melgen to three years of probation after an eight-week trial in April 2017 that ended with the ophthalmologist’s conviction for Medicare fraud, the prosecution said in a statement.

Melgen was released on $ 18 million bail and was facing charges for the crime of Medicare fraud for a “real loss” to the $ 42 million health system.

The prominent ophthalmologist, who had pleaded not guilty, is accused of having made fraudulent diagnoses and treatments to hundreds for a “macular degeneration”, which served to inflate his bills to Medicare.

According to the Office of the Attorney General, Melgen stole millions of people from Medicare between 2008 and 2013 by falsely diagnosing patients and performing unnecessary medical examinations and treatments.

Deputy District Attorney Carolyn Bell had pointed out to the jury at the opening hearing that Melgen was a “doctor who lied to Medicare for money,” an entity that paid him because he trusted his “integrity” as a professional.

Many charges against Melgen refer to patients who were treated for an alleged macular degeneration related to age, one of the main causes of severe vision loss in people over 65 years.

Until his arrest in 2015, Melgen practiced the treatments at clinics owned by him in the counties of Palm Beach, north of Miami, and St. Lucie.
Thanks to the procedures and tests used by Melgen, he was reimbursed for “tens of millions of dollars” of Medicare during a period of six years, from January 2008 and 2013.

The millionaire ophthalmologist, owner of the company Vitreo-Retinal Consultants (VRC), in Palm Beach, is required to fully reimburse the money defrauded to Medicare.

“By perpetrating his multi-million dollar fraud scheme in health care benefit programs like Medicare, Dr. Melgen showed total disregard for what was best for his patients and abused his trust for his own personal financial benefit,” said the US Attorney. of the United States, Benjamin G. Greenberg, Attorney General of the Southern District of Florida.

Melgen “has been blamed for his atrocious fraud”. Today’s sentence should serve as a “reminder that the US attorney’s office remains committed to bringing to justice those who illegally divert community tax dollars, regardless of their professional position.” (efeusa)