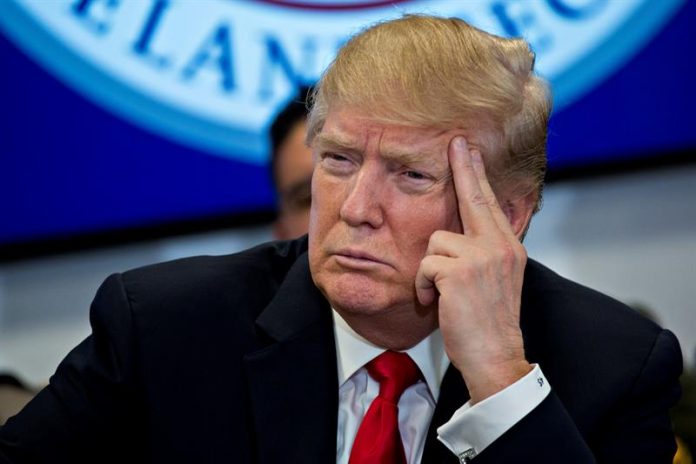 President Donald Trump will unveil tomorrow his long-awaited infrastructure plan to generate investments of 1.5 trillion dollars and significantly cut current regulations, which could have a negative impact on the environment.

The plan establishes that a single government agency will have the “leadership” in the evaluation of an infrastructure project and will be in charge of giving the final verdict on its viability, as indicated to the press by senior White House officials, who requested the anonymity.

As detailed, the new plan seeks to create a process called “an agency, a decision”, in which there will be an agency that will have the leadership and work with others to make a “collective decision” and avoid that, as currently happens, different actors position themselves differently on a project.
That way, if Trump manages to convince Congress, the Environmental Protection Agency (EPA) will not be able to evaluate the environmental impact of a project independently.

This independent evaluation capacity allowed the EPA to warn the government of then-President Barack Obama of the environmental damage caused by the construction of the Keystone XL pipeline to transport some 830,000 barrels of crude oil daily from Alberta (Canada) to different parts of the United States.

After a long process of deliberations, Obama decided to stop the construction of the pipeline, but Trump reversed the situation and approved it in March 2017.

“A big part of the problem, currently, is that the rules and restrictions of the federal government hinder the construction of a better United States,” said one of the officials, who said that the White House seeks to “shorten the process and at the same time , preserve all environmental protections. ”

Above all, Trump seeks to significantly shorten the deliberations, so that the Government can grant the companies the official construction permits in two years with an evaluation process of 21 months and a period of only three months to process the permits.

The infrastructure plan, in addition to ending regulations, seeks to boost an investment of 1.5 trillion dollars, funds that will come largely from local entities and the private sector.

Of those 1.5 trillion, 200,000 million dollars will be federal funds that the president will ask Congress for the next ten years, according to White House officials.

In the first place, Trump wants to spend 100,000 of those 200,000 million in investments at the local level, so that the Government can give a final boost to those states or localities that have very little left to complete an infrastructure project.

In addition, the Government wants to dedicate 20,000 million dollars to expand its current program of loans and bonuses to private companies with which activities are currently financed for the renewal of transport and water infrastructures, among others.

The Executive also wants to invest 50,000 million dollars in infrastructures in rural areas and another 20,000 million in “transformative programs”, which reflect a “vision of the future” and serve to “build the infrastructures of the next century,” according to senior officials.

As a result, through modifications in other parts of the federal budget, the Government will finance with 200,000 million dollars almost 14% of the reconstruction of the infrastructures, while the other 1.3 billion (the remaining 86%) will have to be assumed by state, local entities and the private sector.

The White House defended that proportion of spending and considered that the federal government should be a “minor player” in the plan, in favor of the independence of local entities.

Both Democrats and Republicans agree on the need to invest in the infrastructure network, but disagreements lie precisely in that proportion of funding.

According to the White House, Trump wants to achieve a “bipartisan agreement” in Congress and, therefore, this Thursday will meet with legislators from both parties.
In addition, to promote his plan, Trump will travel to different areas of the country that need investment or are an example of improvement. efe