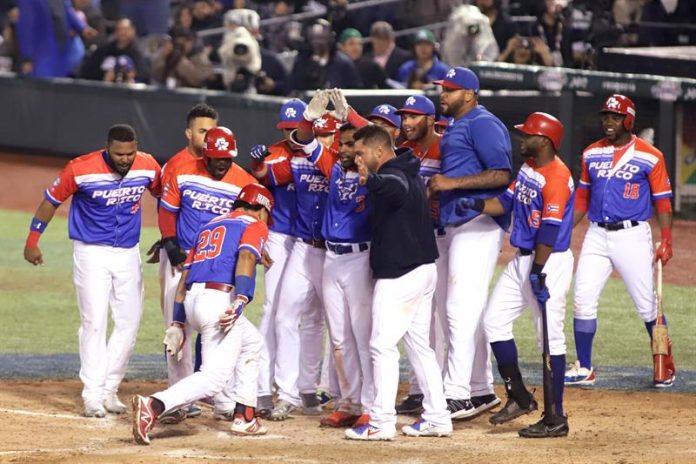 With a cluster of five touchdowns, including a three-run homer in the seventh inning, the Puerto Rican Caguas Criollos came from behind to beat the Dominican Cibaeñas Eagles 9-4 and win the final of the Caribbean Series Guadalajara 2018

With the victory, Puerto Rico was signed as a two-time champion by linking the titles of the two series played in Mexico, Culiacán 2017 and Guadalajara 2018.

In that episode the Criollos opened with base on base for balls for Anthony Garci’a, that advanced to second with elevated of sacrifice of Johnny Monell; David Vidal also received a passport and the Dominican manager, Lino Rivera, took the Cuban Raul Valdés from the mound and brought Ramón Emilio Ramírez.

Ramirez got nervous, threw “wild pitch” and the runners advanced so that his teammate Rubén Gotay gave a simple to right field with which he ran to Garcia and Vidal.

Dayron Varona was unstoppable to the center, Ramirez left the mound and replaced his teammate Wirfin Obispo, who faced Jonathan Morales and he threw the ball from the park by the wall of the center field and took ahead to Gotay and Varona and gave the advantage to Puerto Rico which he did not lose anymore.

The game started 30 minutes later than scheduled due to a rain that no longer appeared and allowed the development of the game.

The Dominican Republic opened fire immediately at the opening of the first entrance.
With an “out” Gustavo Nuñez walked to first and immediately stole the second, Junior Lake also received base on balls and with two “outs” Juan Pérez stood in the batting box to connect unstoppable to right field with the one he led to “home” to Nuñez and Lake.

Puerto Rico closed that entry without races and in the second both teams went without scoring.

At the opening of the third, the Aguilas added their third score when Nuez received his second passport from the game and Lake doubled to the left.

In the closing of that episode, the Criollos reacted with their first runs by solitary home run by Rusney Castillo, who sent the ball through the left field fence, loaded to the center.

In the fourth, the Dominican Carlos Paulino received base on balls and when facing Héctor Gómez, the pitcher of Puerto Rico Joe Colón threw a “wild pitch” and in error of the second he reached third. His teammate Yefri Pérez took a grounder that the third baseman could not control Paulino reached the plate.

The fifth and sixth went blank for both teams and the seventh came the download of the Creoles who reported the title.

The Criollos added three more races in the eighth by Monell’s double with which he stepped on the plate to Jesmuel Valentín and Anthony García and Rubén Gotay’s single with which he pushed Monell.

The novena was a mere procedure for Puerto Rico to give way to the celebration.
Morales and Gotay were the best men in the offense of the Criollos to go 4-2 and 4-1 with three driven each and one scored.

Puerto Rican Luis Matos, 39, signed up as the first two-time champion since the Cuban Napoleon Reyes with the Cuban Marianao Tigers in Havana 1957 and San Juan 1958.

The Criollos scored as the third team that won the title in continuous years after the Tigers of Marianao 1957 and 1958 and the Aguilas Cibaeñas 1997 and 1998. 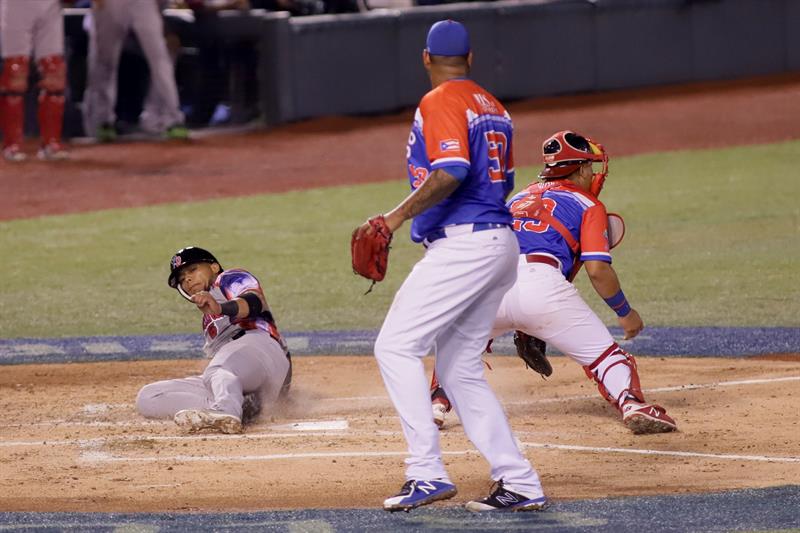 Puerto Rican Anthony Garcia, right fielder of the Caguas de Puerto Rico Criollos, champions of the Caribbean Series Guadalajara 2018, was named this Thursday as the Most Valuable Player of the competition that was played from February 2 to 8 in this city.

“We put the name of Puerto Rico on high, the key to winning was the motivation of the team, we did not decay and the spirit was always present at the important moments,” Garcia told the media after the final in which they won 9-4 the Cibaeñas Eagles of the Dominican Republic.

In addition to the Most Valuable, Garcia took the appointment of batting champion and was the best right fielder, which was worth to integrate the team of stars of the competition that voted the specialized press.

In the ideal team, receiver Willians Astudillo and first baseman Balbino Fuenmayor, of the Caribes de Anzoátegui of Venezuela were also selected; the second baseman Irving Falu and the third baseman David Vidal, of the Criollos de Caguas, and the Dominican shortstop Abiatal Avelino, of the Aguilas Cibaeñas, of the Dominican Republic, among the infielders.

In the gardens they selected Dominican left fielder Junior Lake; in the central to the Cuban Roel Santos, of the Alazanes de Granma and the Puerto Rican García in the right.

The best “pitcher” opener was the American Bryan Evans, of the Cibaeñas Eagles of the Dominican Republic, while the Mexican Isidro Márquez, of the Tomateros de Culiacán de México was designated the best relay pitcher.

Puerto Rican Lino Rivera, who led the Dominican Republic team to the Caribbean Series final for the first time since 2013, was chosen as the best manager of this edition.

The Caribbean Series bid farewell to Mexico after two consecutive years, Culiacán 2017 and Guadalajara 2018, to continue their journey in Barquisimeto, Venezuela in 2019. 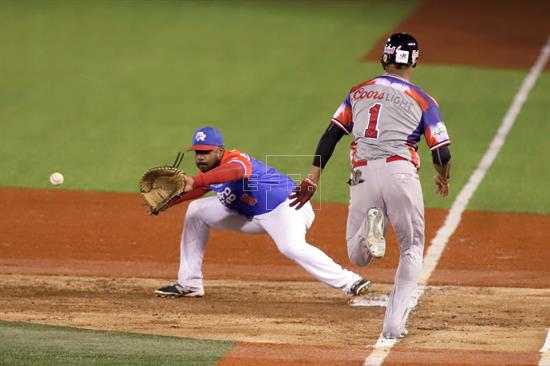 Luis Matos: “Baseball is cyclical and Puerto Rico has to enjoy it.”

The Puerto Rican Luis Matos, manager of the Creoles of Caguas of his country, who this Thursday conquered the title of the Caribbean Series 2018 and registered as two-time champions, explained that for him, baseball is cycles and Puerto Rico has to enjoy the who now lives

Matos recalled that Puerto Rico has twice been runner-up in the World Classic in 2013 and 2017 and tied the titles of the Caribbean Series 2017 and 2018, a brilliant stage for the ball on the island.

“Baseball is cyclical and Puerto Rico has to enjoy it, we have two runners-up in the World Classic and two consecutive Caribbean Series,” said an euphoric Matos to the media after the game.

“We fought and we won this victory for Puerto Rico,” added the pilot, who pointed out that the key to the 9-4 triumph over the Cibaeñas Eagles of Dominica, in the final, “was never to take off and insist, my players are warriors and They fought until the end, because the game is not over until the ‘out’ 27 falls.

Matos said the final was disputed and the Dominican starter, the Cuban Raul Valdés “was doing his job and throwing his pitches”, for six innings and a third “but we managed to get him out and later our relievers did their job as well as the offense ”

He recalled that the Criollos de Caguas was one of those who insisted that the Professional Baseball League be played in Puerto Rico despite the ravages left by the hurricane “María” “to defend the title and we achieved it”.

“When we won the championship in Puerto Rico, I told the guys that I wanted to win the bicampeonato of the Caribbean Series because it was a great achievement for Puerto Rico, for me and my family,” he said.

Matos, 39, signed himself as the first two-time champion since the Cuban Napoleon Reyes with the Cuban Marianao Tigers in Havana 1957 and San Juan 1958.

While the Criollos were registered as the third team to conquer the title in consecutive years after the Tigers of Marianao 1957 and 1958 and the Aguilas Cibaeñas 1997 and 1998.