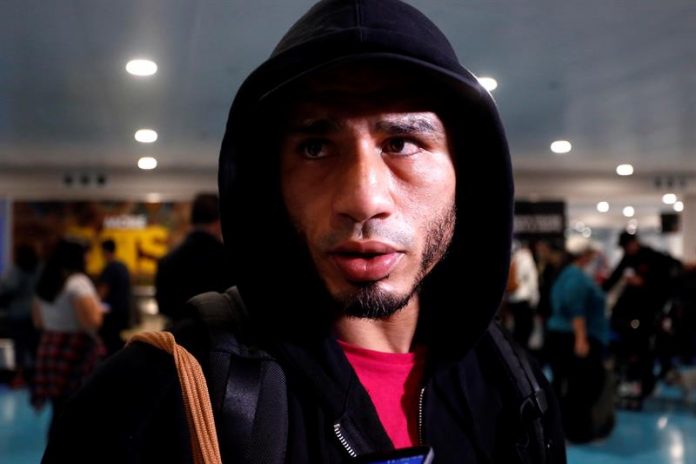 Managers of the World Boxing Organization (WBO) and a large group of Puerto Rican boxers, as well as the mayor of the autonomous municipality of Guayama, in the south of Puerto Rico, Eduardo E. Cintrón, joined to pay tribute to the three-time champion and today retired Miguel Ángel Cotto.

The event was held at the El Legado golf course in the municipality of Guayama, and recognized the former champion’s career as one of the boxers who won several titles in three different divisions under the WBO.

This organization gave the Puerto Rican a special belt highlighting being part of the history of boxing world champion crowned at 140, 147 and 154 pounds.

“Puerto Rico has given many glories in this sport, and it is a privilege that our city has been chosen to celebrate this tribute, recognizing the trajectory of one of boxing’s glorys.I feel very proud to participate in this activity and be accompanied by so many important figures who have put the name of our country very high, “said the mayor.

At the same time he indicated that he is a fan of the sport of boxing and congratulated “with all our heart our always champion Miguel Angel Cotto”.

The tribute was headed by several personalities of boxing among them former champions Angel “Cholo” Espada, John Molina and Alex “El Nene” Sánchez.

At the same time the current champions were present: Alberto “el Explosivo” Machado and Ángel “Tito” Acosta who are part of the boxing company Miguel Cotto Promotions.

The mayor of Guaymas, conducted talks with the promoter company owned by Miguel Cotto, to materialize and carry out boxing shows in the city.