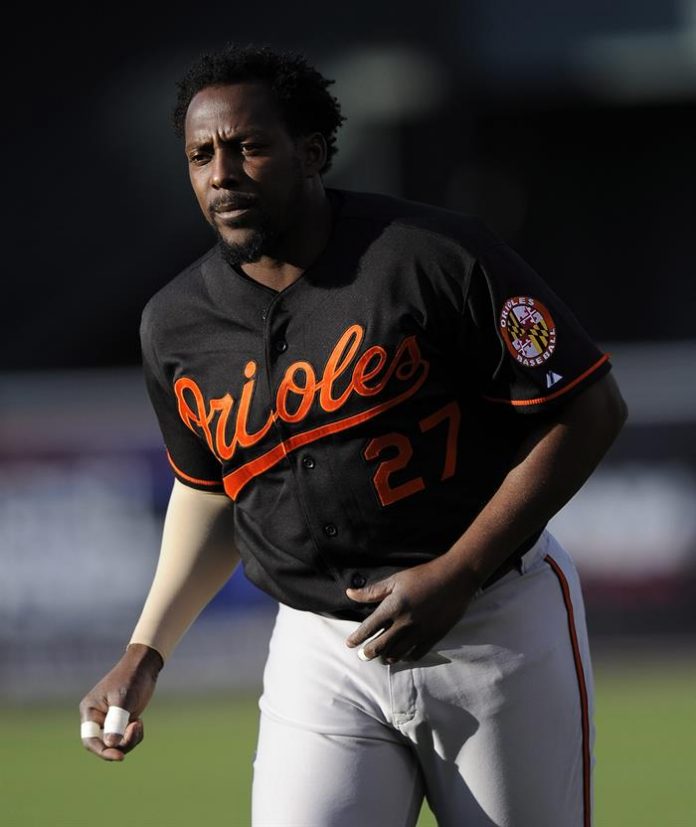 The predictions were fulfilled and the Dominican Vladimir Guerrero, Chipper Jones, Jim Thome and Trevor Hoffman were chosen today by the Association of Baseball Writers of North America as new members of the Hall of Fame professional baseball major league.

While the big disappointment was the designated ex-Puerto Rican Edgar Martinez who was left out after an intense campaign by his fans.

Barry Bonds and Roger Clemens, both tainted by the steroid scandal, continued to add support, but fell short again.

That did not happen with Guerrero, who became the third Dominican player to enter the temple of the immortals of baseball, and the first in his position as a fielder.
The other two are pitchers Juan Marichal and Pedro Martínez. Guerrero was elected on his second attempt, after receiving 92.9 percent (392 votes out of 422).

The Dominican expelotero, nine times summoned for the All-Star Game, played half of his career with the missing Montreal Expos, who later became the Washington Nationals.

Guerrero stood out for being a hitter who hit any pitch he received, even if they were not the best, which allowed him to get .318 batting average with 449 home runs and 1,496 runs batted in.

But apart from his great class in the field, as a person and partner, his values, made him always wanted in all the organizations of which he was part as a professional, which could have been more important had it not been for the serious injuries who suffered in the knees.

Guerrero, who left the Dominican Republic to travel to the United States and await the news of his election, has always been proud of his origins and the hometown of Nizao, located 50 kilometers west of Santo Domingo.

For his part, Dominican President Danilo Medina, who is in Switzerland, congratulated Guerrero through his Twitter account, in which he wrote: “to all Dominicans we are proud to take our flag to the top” .

Jones and Thome leave the brand of players chosen in their first year on the voting list at 54 to achieve 97.2 and 89.8 percent, respectively, and surpass the minimum 75 percent needed or 317 votes.

Jones, as third baseman, fulfilled all his career in the majors with the Atlanta Braves, with eight selections to the All-Star Game.

Thome hit 612 homers, eighth on the all-time all-time list, and most of his career was developed within the Cleveland Indians organization, where he was the great figure and symbol for many seasons.

Hoffman was elected in his third year to get 79.9 percent after being left out by just five votes last year.

The exceriser of the San Diego Padres won 601 rescues, the second highest number in the history of the Major Leagues, second only to the legendary Panamanian Mariano Rivera who set the 652 saves mark.

Precisely, Rivera will be the most prominent figure on the list next year, again there will be a debate on whether a player will achieve a unanimous election.
While the late Roy Halladay, who died last year in a plane crash, will also be a candidate for the first time.

Martinez rebounded enormously to reach 70.4 percent, missing just 20 votes, but could not see the dream fulfilled of being among the legends of all time.

The exlanzador Mike Mussina also approached when arriving at 63,5 percent of the minimum required to reach the election.

Of which Bonds, historic home run leader and seven times Most Valuable Player (MVP) of the National League, reached 56.4 percent, rising after 53.8 percent.

The hopeful thing for Clemens and Bonds is that they will still have four more opportunities to present themselves on the voting lists to continue in the struggle to be among the legendary of all time.

The four new members will be exalted on July 29 in Cooperstown, New York, where the sacred baseball grounds of the Major Leagues are located.

Joining them will also be ex-leader Jack Morris and former racketeer Alan Tramell, selected last month by a veterans committee.