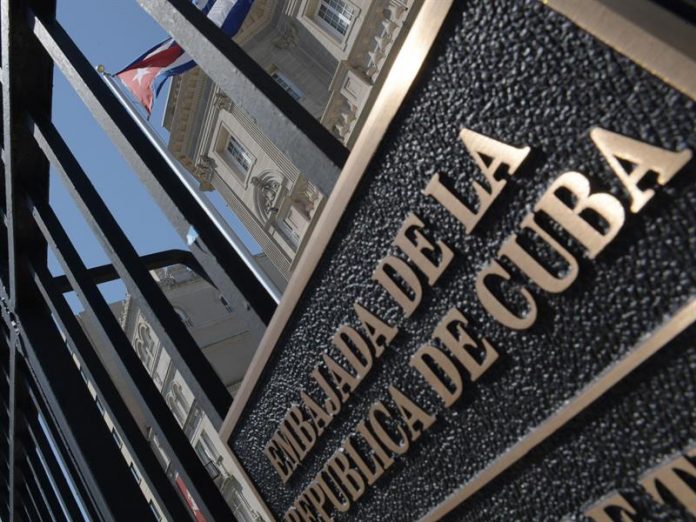 The governments of the US and Cuba held a technical meeting in Washington today to talk about the fight against drug trafficking and agreed to hold more talks on that issue in the future, the Cuban embassy said in a statement.

“The meeting took place in a climate of respect and professionalism, both sides agreed on the usefulness of the meeting and agreed to hold talks in the future,” the legation explained in his note.

In that statement, the Cuban diplomacy expressed its “willingness to continue advancing in operational cooperation with the competent US authorities in the prevention and confrontation of this scourge.”

This is the fourth formal dialogue on illicit drug trafficking that Cuba and the United States have maintained in the framework of the melting process that began in 2014 under the command of then-President Barack Obama, a gesture that ended half a century of enmity and led to in the restoration of relationships.

In recent days, the Cuban government has reported four meetings in Washington with officials of the US Executive.

The first meeting, held on January 12, was the first of the Cybersecurity and Cybercrime working group and, during that meeting, officials from Cuba and the United States spoke about measures to prevent cyber crimes and good practices for protecting the network. .

The second meeting, held on January 16, dealt with issues of criminal cooperation; while on January 19, at their third meeting, the Cuban and US authorities discussed the prevention and fight against terrorism, in an attempt to advance in that area.

The government of Donald Trump decided to make a sharp turnaround on politics with Cuba after the process of the melting of Obama.

Six months after arriving at the White House, the billionaire issued a memorandum with which he settled that approach through new sanctions against the Cuban military and again limiting the trips of the Americans to Cuba.