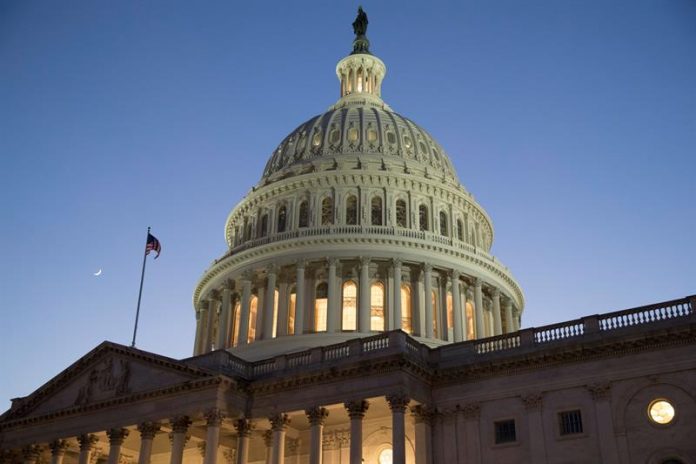 With the pressure of the Democrats in the Senate, the Congress is increasingly close to provoking a partial closure of the federal government, given the lack of consensus between the two parties to achieve a budget law that prevents funds from expiring at midnight. Friday

As sources from the Upper House told Efe today, the Senate Democrats say they have enough votes to block the Republican budget proposal negotiated in the lower house, given that they do not include their main demands, as a definitive solution for the undocumented youths known as “dreamers”.

Negotiations on the immigration agreement, which touched on success last week, were blown up after a meeting with President Donald Trump, adding to the tension between Democrats and Republicans.

That bipartisan agreement, which was presented in the same way by the group of six senators that comprise it, in principle meets the requirements raised by the billionaire, among which is a solution for the “dreamers”, more investment in border security , the end of the “visa lottery” and not promoting “chain immigration” through family reunification.

The text of the lower house rejected by the Senate Democrats would finance the government until February 16, including a six-year extension of funds for the Children’s Health Insurance Program (CHIP).

That, one of the demands of the most moderate Republicans and also of the Democrats, takes away the votes of the ultraconservatives, although to convince the latter also cuts were introduced for contributions to the health law implemented by former President Barack Obama.

Senate Democrats have increased pressure on Republicans and the White House to pass a bipartisan immigration agreement along with budgets that include a path to citizenship for the 800,000 undocumented youth known as “dreamers,” whose relief from deportation expires in March by order of Trump.

However, the inclusion of the provision for CHIP funds puts the Democrats in a difficult situation, since it is a question that they have been fighting for several months, after the Republicans allowed their funding to expire.

The White House expressed its support for the House measure on Wednesday, which could help convince some undecided Republicans in the House of Representatives, which so far plans to vote on the measure tonight.

However, the fact that the Democrats have added enough votes to block the proposal leaves in the air the possibility that the Republicans can avoid a partial closure of the Government and if that same project will finally be submitted to a vote in the House of Representatives. .

“The Democrats have kidnapped workers from the United States, including Hispanics, because they do not allow an unconditional spending bill to be processed,” a senior White House official said in a conference call on Wednesday, under anonymity.

Regarding the content of the migration agreement, the same source indicated that the objection of the White House is that in his opinion there are insufficient funds raised for the construction of the wall with Mexico, which the senators agreed to set at just over 1,000 million dollars , for the 18,000 requested by the Executive.

But the Democrats seem to have tired of negotiating temporary budgets – this, if approved, would be the fourth so far this fiscal year, and that their demands are not heard, so much so that they have come to consider dirty play the fact that the conservatives negotiate with the funds destined to the infantile health.

If Congress does not reach an agreement, there will be a partial government closure, the first since 2013, and will coincide with the first anniversary of Trump’s inauguration as president while legislators warm up for elections legislative elections.