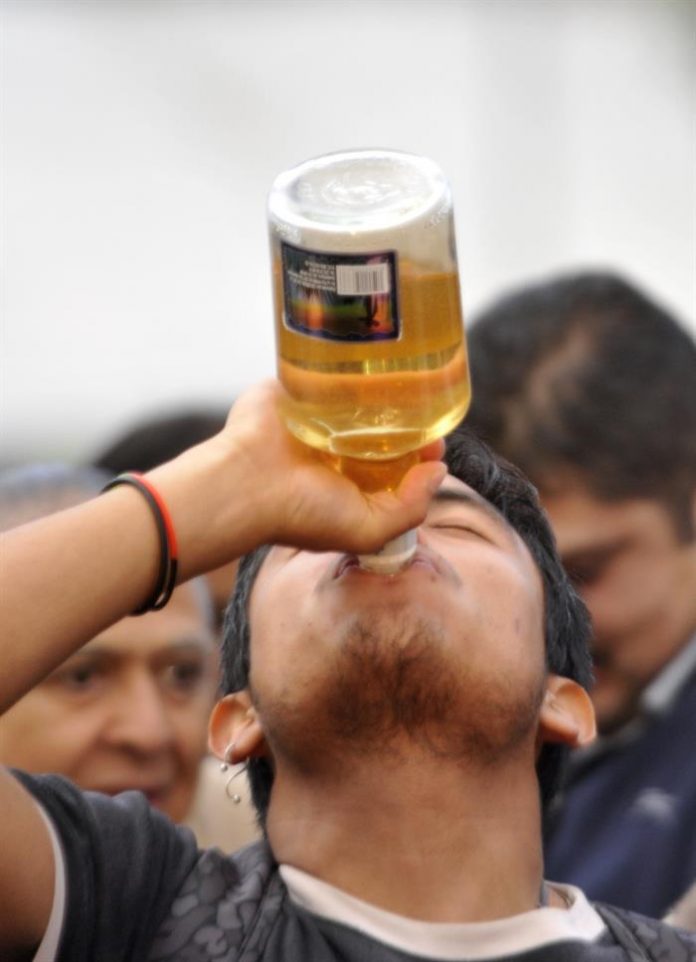 Mexico starts today the 23rd National Week of Information on Alcoholism, in order to raise awareness and inform the population, particularly young people, about the negative effects of consuming alcohol.

Behind this initiative is the Central American General Services Alcoholics Anonymous (AA), the Ministry of Health and 20 other institutions.

“We seek to sensitize, raise awareness and inform about alcoholism and its consequences, but it is not just work in schools, but focusing on higher education and continuing education of professionals,” said the president of the AA general services board. Roberto Carán.

According to Manuel Mondragón, National Commissioner Against Addictions, it is necessary to alert young people and even children to the problems that alcoholism entails.

According to data from the National Survey of Drug Use in Students 2014 (Encode), 5.5 million minors, high school and high school students had had excessive alcohol consumption, that is, they have taken more than five drinks in just one time.

The same survey revealed that children under 11 and 12, who are in the fifth and sixth year of primary school, also consumed alcoholic beverages in excess.

Mondragón explained that one of the main factors that affect the consumption of alcohol in young people at younger and younger ages is the lack of access to information in this age group.

“The relatives, not being informed, can not guide their children,” he said, noting that they also face problems such as family breakdown, marginalization and poverty, which makes it very difficult to serve young people with this problem. .

This week, young Mexicans who believe they need it will have the support of AA through 8,000 modules throughout the country to receive information and get attention.

In addition, 1,500 informative talks about alcoholism and about the method of recovering the Twelve Steps of AA within different work centers and schools in the three educational levels will be provided.

According to the National Health and Nutrition Survey 2016 (Ensanut), in the last five years, excess consumption in Mexico has doubled during the month of December, from 4.3% in 2011 to 8.3% in 2016 for young people from 12 to 17 years old.

While the customary consumption in this same age is 4.1% in 2016, against 1% in 2011, representing 4 times more frequent consumption of adolescents.

“This survey shows that excessive consumption is taking place in our country, especially in high school and university, and alcohol is the third consumer drug, only behind marijuana and cocaine,” warned the director of the Integration Centers. Juvenile (CIJ), María del Carmen Fernández.

The authorities indicated that more than 70% of the Mexican population consumes alcohol and more than 20% do so excessively.

“The problem is that it has been detected that the main starting drug is alcohol,” explained Fernandez.