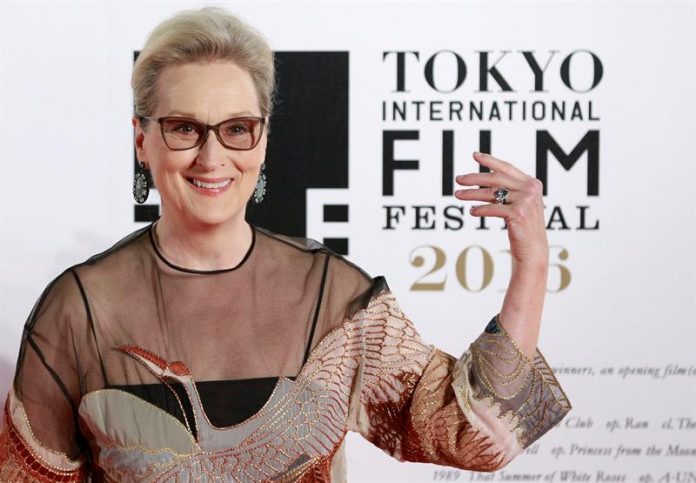 More than 300 powerful Hollywood women, including actresses Meryl Streep, Reese Witherspoon, Jennifer Aniston and Eva Longoria, today launched a legal defense fund aimed at helping women less privileged than them to defend themselves from possible sexual abuse in the workplace .

The initiative is based on the #MeToo movement (“Me too”), which urges women around the world to denounce sexual abuse against them, and which gained momentum following accusations against the powerful film producer Harvey Weinstein.

In a letter published today full-page in the newspapers “The New York Times” and “La Opinion,” the coalition of actresses, directors, producers and other workers in the film industry, television and theater addressed their ” sisters “in less lucrative sectors of the United States economy.

“We want to raise the voices, power and strength of women working in low-wage industries, whose lack of financial stability makes them vulnerable to high rates of violence and exploitation based on gender,” reads the letter, attributed to “more than 300 women who work in film, television and theater. ”

To do this, they launched a legal defense fund called “Time’s Up”, which already adds $ 13 million in donations and seeks to help those women with low wages protect themselves from the consequences that may have to report sexual abuse.

“Every woman employed in agriculture who has had to endure the seduction attempts of her boss (…), each immigrant silenced by the threat that if she speaks, will reveal that she is undocumented, and for all women subjected to unworthy behavior and offensive that they are supposed to tolerate to make a living: we are with you, we support them, “the letter indicates.

The campaign is inspired by a letter from the National Alliance of Peasants, an association of 700,000 agricultural workers who in November wrote to Hollywood actresses affected by sexual abuse to express their solidarity with their situation and note that many rural workers suffer from it. daily.

In addition to the legal defense fund, the initiative seeks to push legislation to penalize companies that do not take action against persistent sexual harassment, and also seeks to promote equality in Hollywood, with an attempt to achieve parity in film studios and talent agencies.

The campaign also asks women who will parade on January 7 for the carpet of the Golden Globes that raise awareness about the movement by dressing in black.

Eva Longoria, America Ferrera, Natalie Portman, Ashley Judd, Emma Stone and Kerry Washington are also part of the “Time’s Up” movement, which began meeting in October to catalyze the outrage generated by the Weinstein scandal, according to The New York Times.