Veteran passer Ben Roethlisberger led the Pittsburgh Steelers’ offensive that beat the Houston Texans 6-34 and avoided the first round of the playoffs.

Roethlisberger completed 20 of 29 passes for 226 yards with two touchdowns, did not allow any interception, nor was he knocked down, leaving him with 115.0 the passer rating.

The veteran quarterback made passes to six different players and the Steelers left their mark at 12-3, although they played without wide receiver Antonio Brown, a leader in the aerial offense that was low with a muscle injury.

The superiority of the Steelers was always evident against a rival like the Texans (4-11), who are already eliminated from the final phase.

The Steelers had a 20-0 lead at halftime after taking advantage of two turnovers the Texans suffered in the NRG Stadium match in Houston and corresponding to the Christmas Day holiday This year it falls on Monday, when the tradition of Partido de la Noche is played, which today has had a double day.

Star runner Le’Veon Bell provided a 10-yard touchdown run in the final stretch of the third period and wide receiver, rookie JuJu Smith-Schuster put the 34-6 run with an 18-yard touchdown in the fourth. period.

Bell finished the game with 14 carries and 69 yards, while Smith-Schuster had six receptions and 75-yard gain, which also helped the Steelers win.

Field marshal T.J. Yates completed 7 of 16 passes for 83 yards and a scoring drive as the offensive leader for the Texans, who lost the fifth game in a row and the eighth in the last nine games. 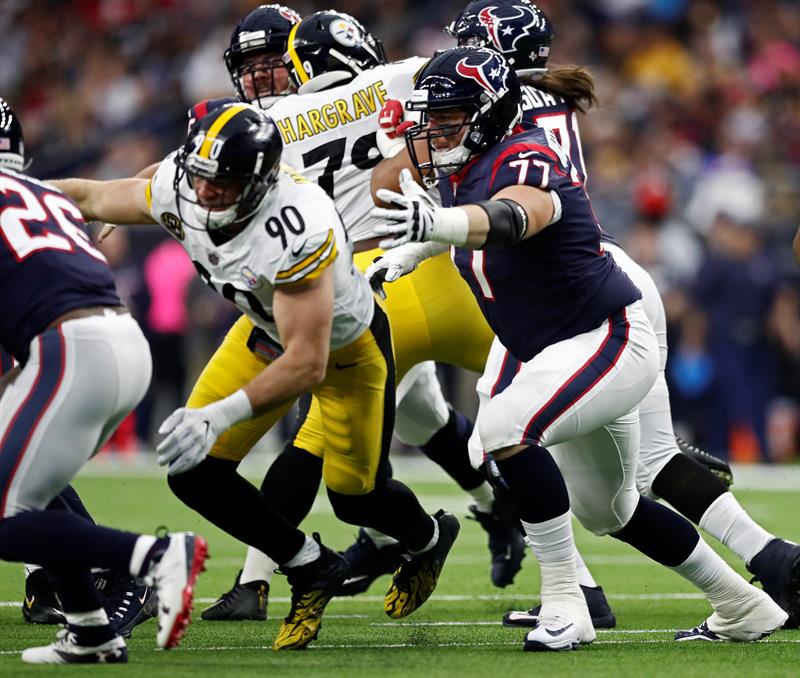 Yates made his second start as Texans starter since Tom Savage suffered a concussion and could not change the team’s losing history.
He also had to leave the game for a short period of time to submit to the control of the evaluation of a possible concussion.

His position was taken by the Taylor Heinicke reserve, who suffered a concussion in the only complete possession he had of the ball and in which he could check the pressure and the hardness of the Steelers’ defense.

Cornerback Mike Hilton was his nightmare as he led the Steelers defense with three shots and three quarterback hits.

While the defensive Cameron Heyward contributed two demolitions and forced a loss of the ball.

Roethleisberger was replaced by backup quarterback Landry Jones with six minutes left until the end of the match and everything was decided. efe

The guard James Harden returned to be the leader of the attack and winner of the Rockets of Houston that were imposed with facility...

The leader of the Southern Command (SouthCom) of the Armed Forces, Craig Faller, and the commander of the Colombian Military Forces, Maj. Gen. Luis...

Accumulates more than 14.7 million positives with the United States registering more than 60,000 positives in the last day The pandemic of the new coronavirus...

Facebook acknowledged today that its offensive content management policies may "seem contradictory" because they are constructed with the observations of experts from different areas,...

Women, determinants in the bond between dogs and humans

Several factors may have played a role in building the mutually beneficial relationship between humans and dogs, including temperature, hunting, and surprisingly gender. "We found...