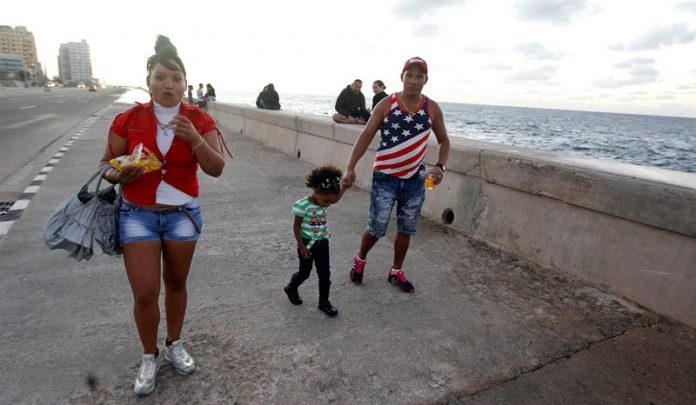 The United States and Cuba today highlighted the reduction of the migratory flow from the island during the last year as a result of the end of the “dry feet / wet feet” policy, decreed by former President Barack Obama days before leaving the White House.

In a bilateral meeting focused on migration held today in Washington, the US delegation highlighted the “significant reduction of irregular immigration,” while the Cuban “positive impact” that had the purpose of “” dry feet / feet wet, “according to with separate announcements.

In compliance with that decision, the United States stopped admitting Cubans who touched land (“dry feet”) in their country, to which they now deport as well as to those intercepted at sea (“wet feet”).

According to data from Washington, the reduction of Cuban immigrants intercepted at sea has been 71% in this last year, and of the detainees at the land borders of 64%.

The United States, however, asked Cuba for more cooperation to receive its citizens with deportation orders.

On the other hand, Havana urged Washington to “fulfill its annual obligation” to accept 20,000 Cuban immigrants who want to emigrate to that country, something to which the US He committed himself in this 2017.

Beyond the reduction of irregular immigration, Cuba denounced “the negative consequences” that the recent decisions of the Donald Trump government have had.

“The Cuban side expressed its deepest concern about the negative consequences that unilateral, unfounded and politically motivated decisions have on immigration relations between both countries, which were adopted by the Government of the United States,” Havana said in its statement.

Cuba referred to “the suspension of the granting of visas in the Consulate of the United States in Havana” and to “the arbitrary expulsion of a significant group of officials of the Embassy of Cuba in Washington.”

With these decisions, according to Havana, “family relationships and exchanges of all kinds between both peoples are severely hampered” and affects “the attention to the American citizens who are interested in traveling to our country.”

He also considered “the decision” to cancel the trips of official delegations of the United States to Cuba “counterproductive” for “immigration cooperation”.

Finally, Cuba again transferred “its concern for the validity of the Cuban Adjustment Act, which continues to be a stimulus to irregular migration and whose repeal will be essential to achieve normal migratory relations between the two countries.”

On the Cuban side, the delegation headed the US office. from the Ministry of Foreign Affairs, Josefina Vidal.