Justice and Transparency announces panel on the Legal, Constitutional and Political Context of Open and Closed Primary.

Calls to expand democratize the registration of the National Council of Magistrates and provide the Attorney General of the Republic with total independence.

Santo Domingo, DR.- The president of the Justice and Transparency Foundation (FJT), Trajano Potentini when interviewed on Tele-Matutino 11 by journalists Ramón Núñez Ramírez and Alfredo Núñez, which is broadcast from Monday to Friday from 8 a.m. to 9 a.m., by Telesistema channel 11, I assure that the presidential candidacy of Trujillo’s grandson, Luis José Ramfis Domínguez Trujillo, is unfeasible from the constitutional point of view.

Potentini external these considerations in the understanding that, Article 20 of the constitution, admits dual nationality and provides for Dominicans of origin, as is the case, to renounce his first nationality by birthright (the American) and subsequently reside for 10 years, prior to the candidacy in the Dominican Republic, conditions that until now we have no knowledge or evidence to prove it. 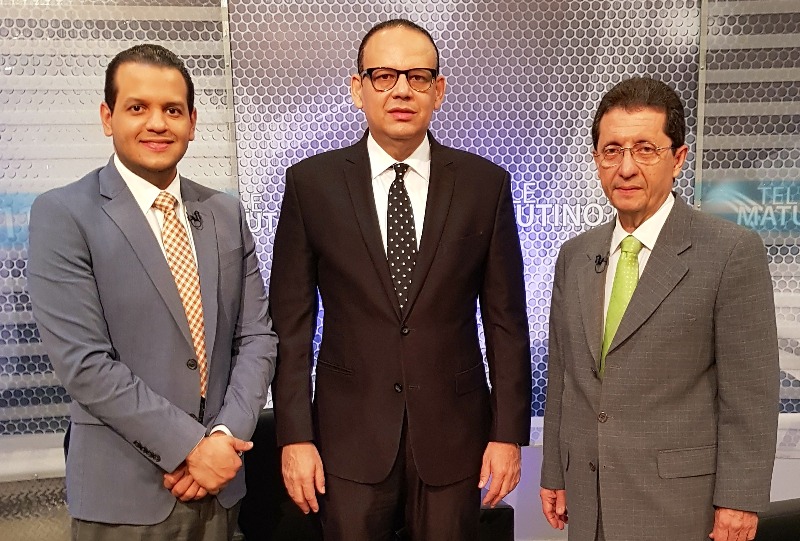 Also, the civil society entity announced the celebration next Tuesday, December 12, at 6 pm, in the conference room of the foundation, a panel of experts on the legal, constitutional and political context of the open primary and closed, with the participation of jurists and political scientists, experts in the field, José Alejandro Ayuso, Julio Cury, Freddy Angel Castro and Daniel Pou, who addressed the scope and effects of article 277 of the constitution and the decision of the Supreme Court of Justice, which declared the nullity of Law 286-04, the right to elect and be eligible, freedom of association, the role of political parties as constitutional bodies and their internal democracy (Article 216), direct or participatory democracy, the struggle between political groups within the LDP, the effects of the discussion in the system of political parties; among other issues and considerations.

It asks to expand and democratize the registration of the National Council of the Magistracy and to endow the Attorney General of the Republic with total independence.

In another order, Potentini favored modifying the constitution of the Republic, with the aim of expanding and democratizing the registration of the National Council of the Magistracy, with the participation of the Bar Association, the President of the Constitutional Court and other members from universities, in addition to endowing the Public Ministry with real independence and autonomy.

In short, seek a balance that institutionalizes the choice of members of the high courts, free of questioning and political contamination.

Cancer of the neck and mouth is affecting the population at an earlier age due to poor health habits of young people, said Mexican...

TRIBUTE TO AFRICA ON HIS DAY

• This is the only continent from which all the almost 8 billion people have the same root, since Africa is the cradle of...

Tecnoestrés, the negative impact of technologies on health

Being or not being a tech junkie can lead to a common problem: techno-stress. The term refers to a "disease of adaptation, the negative impact...

Dominican-born rapper Cardi B and Cuban singer Camila Cabello made history this week on the Hot 100 Billboard list, which was released today, placing...

A coalition of 28 tour operators and companies specialized in educational trips to Cuba today called on President Donald Trump to reduce travel restrictions...