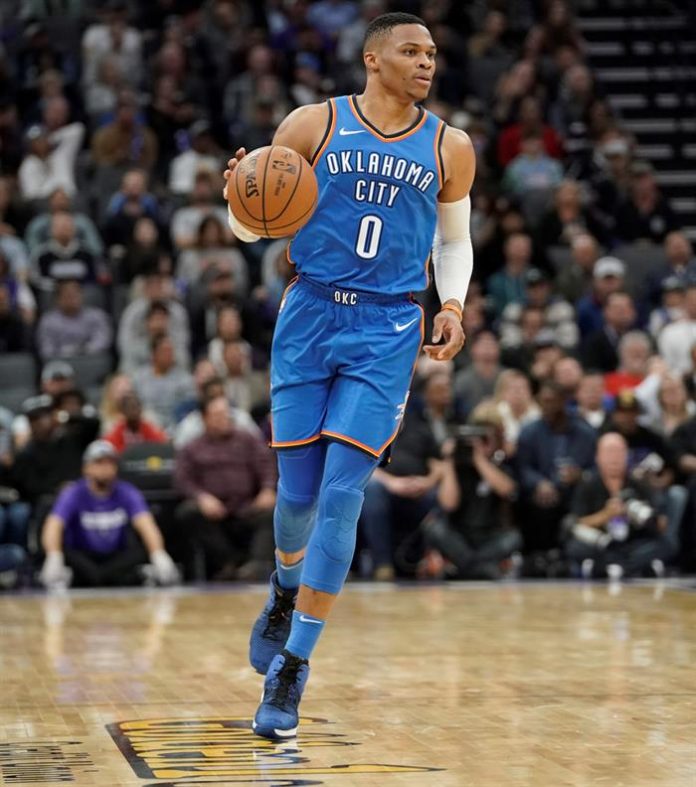 Star point guard Russell Westbrook was again the savior of the Oklahoma City Thunder with a double-double of 22 points, 10 rebounds and 10 assists, which allowed them to win 90-87 over the decimated San Antonio Spurs.

Despite the triumph, the team game of the Thunder again left all kinds of questions, and only the inspiration of Westbrook made possible the second consecutive win after having lost five of the previous six games.

The New Zealander pivot Steven Adams also contributed a double-double of 19 points, 10 rebounds, recovered three balls, and put a stopper that left him as the best man of the Thunder in the inside game.

The Spanish guard-forward Álex Abrines returned to have minutes by the coach of the Thunder, Bill Donovan, and received 15 that took advantage of a contribution of five points and two rebounds.

Abrines scored 2 of 5 field goals, including a triple of four attempts, missed a personnel pitch, handed an assist and recovered one ball, lost another and committed two personal fouls.

Base-guard base Dejounte Murray scored 17 points that left him as the leader of the Spurs’ attack, who broke a four-game winning streak, but played without their best scorer, power forward LaMarcus Aldridge.

Spurs coach Gregg Popovich decided to give him a day’s rest after playing three games in four nights and five in seven days.

“It’s just a ridiculous number of matches for any professional,” Popovich said. “If the calendar has that reality, we have the responsibility not to endanger the physical integrity of any professional.”

Popovich also gave rest to the French base Tony Parker and to the Argentine escort Manu Ginobili.

Latvian forward Davis Bertans, who came out as reserve, contributed 16 points and four rebounds that left him as the second highest scorer of the Spurs.

The Spanish power forward Pau Gasol continued as a starter, but he barely saw action in 16 minutes, and his position was occupied by the reserve, the Frenchman Joffrey Lauvergne, who had 12 points and six rebounds.

While Gasol got five points by scoring 2 of 6 field goals, he missed a triple attempt and hit 1 of 2 from the personnel line.