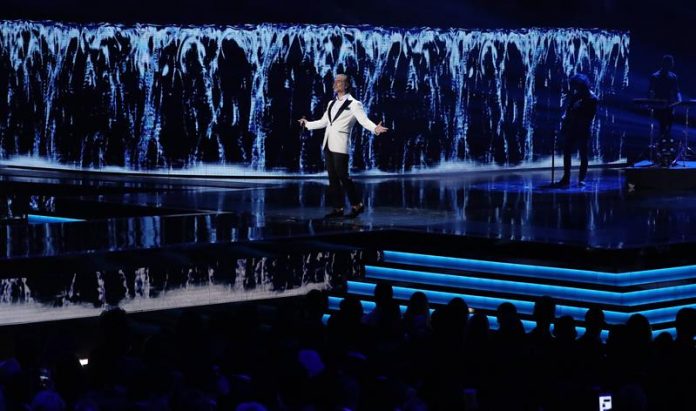 The Mexican singer Luis Miguel reached an agreement to resolve the legal differences with the interpreter Alejandro Fernández, who denounced him for the cancellation of a joint tour they had agreed upon.

“We have reached an agreement that will allow us to resolve the differences we had in the past with Mr. Luis Miguel Gallego Basteri and his company Lion Productions,” Fernandez representatives said in a statement today.

The facts go back to 2015, when Luis Miguel and Alejandro Fernández signed preliminary agreements for a joint tour that would be held between April and November 2016 and that never took place, Fernandez representatives said.

“After a year and a half of great efforts on my part and my work team to give our audience a great tour, unfortunately we could not reach any agreement,” said the singer.

As a result, Fernandez’s lawyer, Rodrigo Lazo, filed a lawsuit against Luis Miguel in January before the Mexican prosecutor’s office for the “reparation of the damage” and announced that they were willing to reach “their ultimate consequences”.

“What is sought is the economic reparation of this situation, the damage that has been generated to Mr. Alejandro Fernández,” the lawyer told the media after filing the lawsuit.

According to reports published in the Mexican media, the agreement reached today would imply the withdrawal of said demand.

Luis Miguel presented his new album “Mexico por siempre!” Last week, which means his return to music after months of cancellations and controversies such as the litigation with Alejandro Fernández.

In 2015, Luis Miguel suspended two presentations at the iconic National Auditorium in Mexico City and then starred in a series of high-profile dropouts until he canceled his tour of the United States claiming health problems.

Last May, the interpreter was arrested in Los Angeles after refusing to appear before the US courts for the case before an ex-representative, with whom he also finally reached an agreement.

Luis Miguel will begin the world tour “Mexico por Siempre” next year, which will start with a series of three concerts on February 21, 22 and 23, 2018 in the National Auditorium of the Mexican capital.

After its release for sale, his new album was immediately placed in the first places in the charts of Latin America.