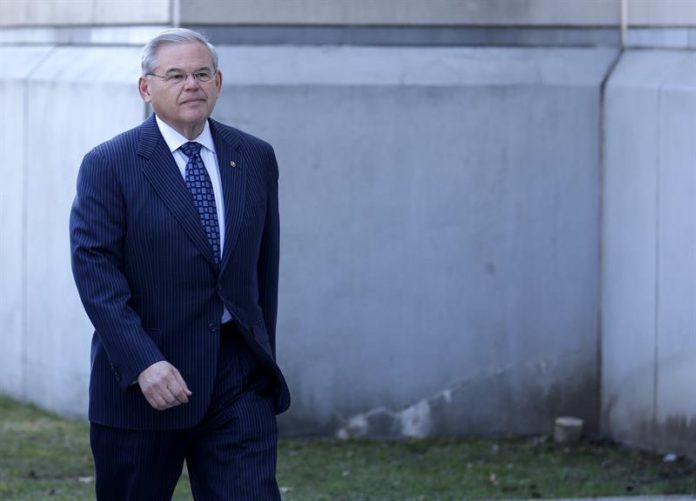 The trial for alleged corruption opened against Democratic Senator Robert Menendez was declared null today, as the jury had not reached a unanimous verdict.

The decision was announced in Newark, New Jersey, by the judge handling the case, Williams Walls, who presided over the first case in which a federal senator in office is put on trial for alleged corruption.

Menendez, 63, of Cuban parents, born in New York and one of the most important legislators of the Democratic Party, was accused of a dozen charges, including bribery, fraud and conspiracy to commit a crime.

The accusations, which were released two years ago, are linked to the relationship maintained by the senator with the Florida ophthalmologist Salomon Melgen, who is joined by a long friendship, according to both.

The prosecution accused Menendez of enjoying luxury vacations paid for by the ophthalmologist, being transported in his private jet and accepting other gifts, but both parties rejected the charges and said they were a sign of the friendship that unites them.

The jury began its deliberations on November 6, but had to interrupt them because one of the members went on vacation, something that had already accepted the judge in advance when it was accepted to join the case.

In total, the jury deliberated for six full days. Already on Monday they notified the judge that they were in a standstill, without achieving unanimity, but the magistrate asked them to keep trying.

Today, after the jury returned to assure that it remained in neutral, after meeting with the members separately the judge agreed to declare the trial void.

“We can not reach a unanimous decision on any of the charges,” said the note that the members of the jury sent to the judge.

It is still unknown if the prosecution plans to reopen another legal process to bring the legislator back to court.

Speaking to reporters, Menendez’s lawyer, Abbe Lowell, said the jurors had reviewed the evidence presented “in great detail” but concluded that they were not willing to move from their positions.

The charges that were filed against Menéndez and the ophthalmologist arise from the relationship that both had between 2006 and 2013.

According to the prosecution, in exchange for the gifts Menendez received, he pledged to pressure senior officials to help Melgen in his efforts with the Government to obtain $ 8.9 million in bills on the public Medicare health program that were being disputed by the authorities.

The indictment also claimed that Menendez allegedly provided assistance for friends of the ophthalmologist to obtain visas to enter the United States.

According to local media that covered the last day of the legal process, as soon as the decision was made, the Democratic legislator embraced his children.